3G Electron - How To Load Firmware Via USB

This question is about how to upload the “firmware.bin” file into the 3G electron using a USB port rather than 3G network.

I read somewhere in the Internet that in order to use USB to load the “firmware.bin”, I will need NodeJS. So I have installed NodeJS in my computer.

I had also installed the USB driver for Particle devices via the link below.

And the device manager is now assigning the 3G Electron USB a comm port. 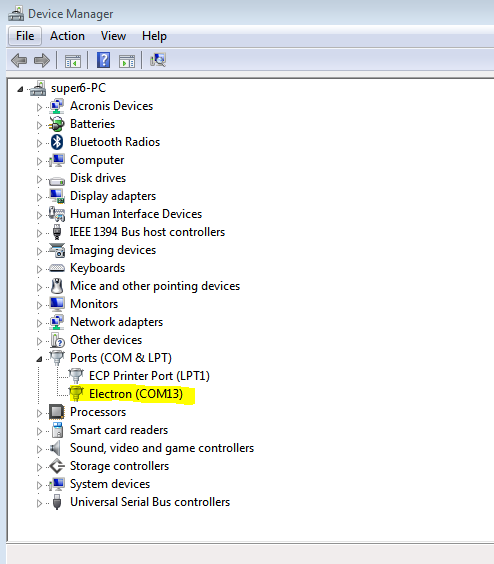 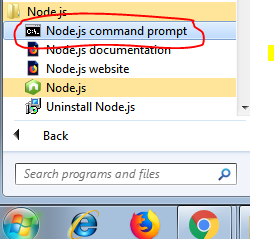 Then I run this command on the NodeJS command prompt which installed quite a few things. See screenshot below.

After that, I type command below to login into Particle (see command below) and after I enter my password, it is hung. Nothing comes back for 2 hours.

Not too sure what went wrong here. Btw, is this the correct steps to uploading the firmware using USB? I know it is possible using the 3G network but I am just trying to save on my data plan.

I’d only use the WindowsCLIInstaller and not npm.
Since you already have, I’d remove it via npm uninstall -g particle-cli

You can flash binaries (that are actually compiled for your platform - test via particle binary inspect firmware.bin) via USB in two ways

For --usb you need to have DFU drivers installed, but with your DevMgr screenshot that can’t be seen.

I have registered my SIM card and enter my billing information though https://setup.particle.io.

I launch the “particle setup” though command line but I am prompted to go back to the https://setup.particle.io to enter the billing information. See screenshot below. 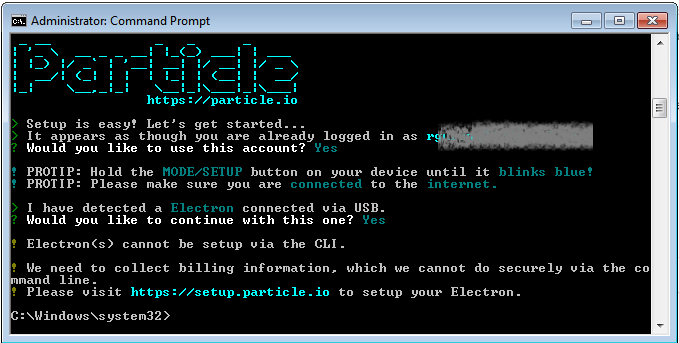 When I enter the console webpage (see link below), I do see my registered SIM card.

I believe that the billing information are correctly entered too as I see my billing details. 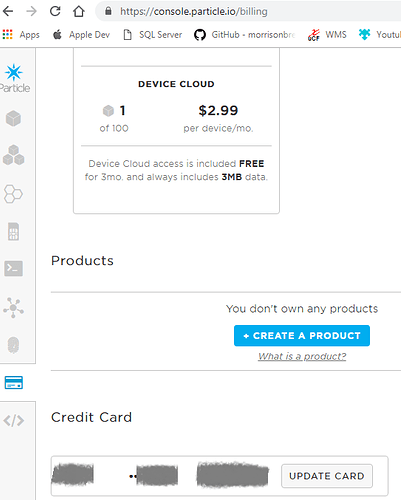 What could I be doing wrong here?

But you seem to have ignored my answer which addressed the topic originally asked for entirely.

Maybe I misunderstood you or the question was phrased incorrectly. I want to load my “firmware.bin” file though USB and not though the 3G network purely in the interest to preserve data.

Just jogging though my thoughts here with your suggested answers. Uninstall the npm installed particle and use Windows CLI. Which I did all that. The last part of the Windows CLI Install says to “Run “particle setup” in the command prompt to start using the Particle CLI” (see screenshot below). Maybe I don’t have to do this part?? 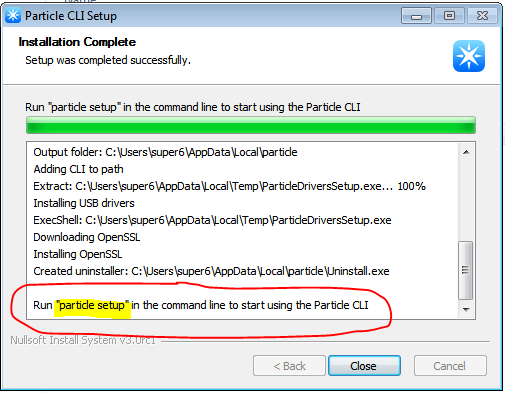 But If I want to enter the command you had suggested (as shown below) don’t I have to start with “particle setup” from the command line? Or is there another command line tool from Particle which I have not yet installed?

If I enter “particle setup” in the command prompt, I am asked to setup my billing information (as per my previous screen shot).

Something is note connecting here for me.

But If I want to enter the command you had suggested (as shown below) don’t I have to start with “particle setup” from the command line?

Just try the commands and see what happens

You may add the -v switch at the end of the commands (updated above) to get a more verbose output.

Thanks a lot. Made my weekend!