We appreciate the feedback, let me ping a colleague that would be best suited to help you out with this. @julien.

Thanks for sharing your thoughts. What we tried to do in the first beta is provide the minimal way to compile and run firmware-style sketches on the Raspberry Pi. I hear loud and clear the need to use more restricted accounts when possible. It was on my to-do list but it didn’t make it in time for the first beta. Stay tuned for improvements in that area early next year.

Good morning all and a merry Christmas … I have with some success have been using a Raspi and a Photon or two with an opensource program called OpenHAB … www.openhab.org if you would like more information please let me know …I have discovered that not only can you post values to OpenHAB you can also publish to particle at the same time and then forward to an IOT provider…thanks

That sounds great @jade7272 ! Thanks for this tip!
Can openhab also control photons with particle.function?

I want to check it out…

Yea it can …I use the Node-Red program to bridge the two as the MQTT sketches are a bit wonky and the particle needs to be reset once I. A while but Particle publish and subscribe seem to work great …I’m going to be publishing a full instruction set on OpenHab/ Particle/Node-Red on how to tie them together with some examples on the Particle side and the node Red on the instructable sand hacks yer sites here in the next week or so …

Thanks @jade7272! That sounds great!
I’m not a programmer, so I will try but don’t know if it’s something for me…

Could you post the links here to your bridging goodies please?

Ok … Here is a link to my Instructable …do you use a Linux computer or have a Raspberry Pi ? Raspberries are excellent for doing this type of projects… https://www.instructables.com/id/Home-Automation-21

There are 2 PDFs at the bottom that will get you started with OpenHab …How to download etc… I also used a link to another tutorial that takes you step by step http://www.homeautomationforgeeks.com …As for node Red http://nodered.org it come with the Raspberry Pi as a Program

Please note that I use OpenHab version 1.8 as it is a little less complicated to learn…

Thanks @jade7272!
Sorry for my late reaction to your posts.
I am very busy with other matters right now but I will try to proceed with your tips and come back here… 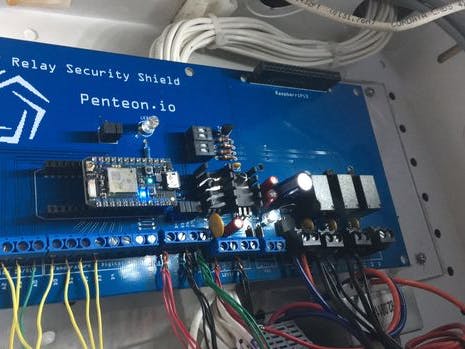 The Raspberry Pi is an awesome little device. I will show how you can have a complete standalone wireless/wired home automation system. By Jade Perreault.