Has anybody tried using a different, non-Particle supplied cellular antenna with their Electron? If so, what did you use and how did it go?

@smd75jr I tried a small cell antenna that came with a LinkIT One. Didn’t work - all I got was a hard fault

I haven’t. But the first thing I’d do is get a U.FL to SMA adapter cable. There are lots of cell antennas with SMA connectors and it’s much easier to swap them out to try different ones with the SMA connector.

This is a 4" connector cable that interfaces U.FL RF connectors to regular SMA connectors.

Any antenna that is a GSM antenna should work! Taoglas makes some of the best antennas in the world, and we recommend their lineup of cellular antennas for a wide variety of projects and deployments.

You can find a bunch of models here:
http://www.taoglas.com/product-category/2g-3g-antennas/external-gsm-cdma/

Antennas from Sparkfun/Adafruit/Seeed should also work. We’re hoping to get some alternate antenna options in our store shortly.

I’ll try one out and report back with results!

@bpr Interesting, can you provide a link to the antenna? I’m curious as to why that would happen.

Beats me. Tried it twice. Just irregular red led blink both times. But worked months ago on the LinikIt One. But here’s the device link http://www.seeedstudio.com/depot/LinkIt-ONE-p-2017.html

Dp you guys know if the FCC/CE/IC certifications remain valid if a different TaoGlass Antenna is used? I believe it should be the case as long as the antenna gain does not exceed the antenna used to perform the radio test…

Please, see this to get an idea about antenna requirements.

How do I know what antenna was used for cellular modem certification itself? Is uBox module the cellular modem? Do I need to read uBox documentation for this?

Maybe someone at Particle can answer to this. Unfortunately I am no expert about RF modules certification, sorry.

Thanks for this link.

How do I determine which antenna will give a better reception/ singal strength in an area with low signal strength? My application is on a mobile sensor switch working in woodland away from towns, sending a particle publish or sms(3rd party sim) when status of the switch changes. My Phone (a Motorola x1580 on the same network) easily gets reception but the particle electron using the standardTaloglas antenna does not. Would using a ufl to sma connector and a small (omnidirectional) antenna such as that the supplied antenna?Would something like a stubby 2g/3g antenna such as http://au.rs-online.com/web/p/products/9026812/ or http://www.taoglas.com/product/tg-22-2g3g-cellular-connector-mount-monopole-smam/ offer a more reliable connection / obtain and matian connection better than the supplied http://www.taoglas.com/product/pc104-2g3g-fr4-pcb-antenna/ if not what sort of antenna would ensure reliable connectivity?

Generally, the item on the datasheet that you will want to compare is the gain of the antenna. Higher gain generally means it is more sensitive and will have a greater ability to transmit and receive messages from a cellular tower. Keep in mind, though, that RF is tricky business, and antenna placement, antenna length, and orientation all have an impact on its ability to send/receive signals to spec.

Also remember that the Electron uses both AT&T and T-Mobile for service in the US, so unless you’ve scanned the AT commands to know what network it’s connected to, you may be seeing differences in coverage between multiple carriers.

My question also. I really need a reliable antenna with better reception in remote places. Size does not matter.
Can anyone recommend from Amazon or Aliexpress?

The Electron comes with a Taoglas PCB Antenna. It is possible to use the Electron with other antennas, however.

Note: If you are building a product, there may be additional considerations if you use an antenna of a different type or a higher gain than the Taoglas antenna. This may require additional testing for certification.

Once you have an SMA connector, you can most cellular phone antennas. For example, I use this antenna from Amazon which is about 4" long and has a magnetic mount to improve reception in fringe areas.

I’ve used Laird MAF94300 3dBi antennas with good success. You will need a uFl to SMA cable and those are cheap and readily available from eBay. The quality is also surprisingly good. Obviously, once you go to larger volume you should be more picky.

You will notice an improvement in signal as the taoglas actually has negative gain.

I am wanting to release a commercial product based on the electron, but I would like to use an external antenna that also has built-in GPS (like this one). Will I have to go through a new certification if I wanted to release a product using an antenna different than the Tagolas PC104?

The FCC certification covers antenna of the same type and equal or lesser gain in all frequency bands.

It looks as it would not cover that antenna, as it does not appear to be the same type (trace).

You can use a different trace antenna than the PC104 that has equal or lesser gain, however you can’t substitute a dipole antenna, for example.

Here are is the antenna and adapter cable I am using. I need to get a smaller adapter cable to I did not have a big loop on my case. 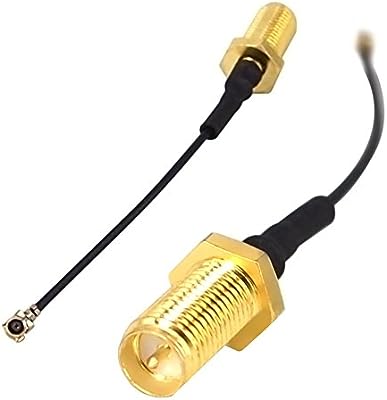 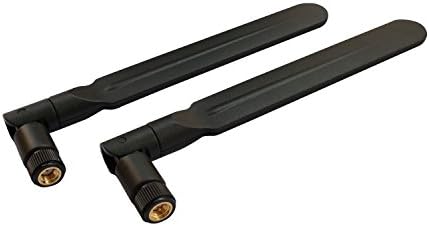