I have currently reviewed the the design on the wireless camera 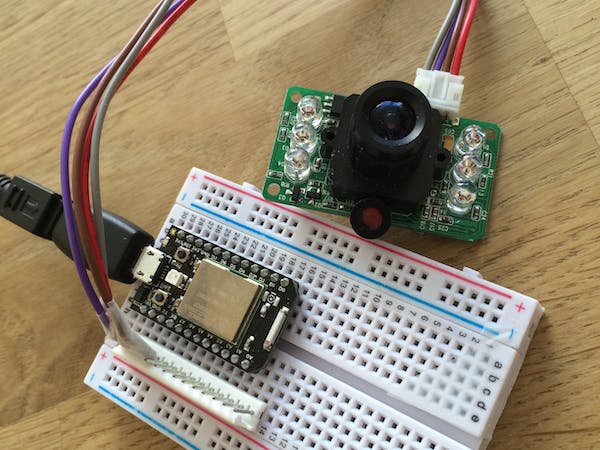 However, may I ask whether it is compatible with photon ?

@leslietsz, looking quickly at the code, it should work just fine on the Photon.

however, the project is based on spark core, which try to use CC3000 to be wifi chipset, will it still compatible in photon?

Hmm, where do you see any HW dependent calls to the CC3000 in the lib?

because i searched on the internet with camera project of arduino, most of them requires the cc3000 chipset inorder to have wifi image/video transmission, as a result, i think the old version spark core can run because it used cc3000, but i am not sure whether it is compatible in new photon

The chip is just a way to connect to the Internet. As long as there are no specific hardware calls for that particular chip, there’s no reason it wouldn’t work. The camera project just needs an Internet connection, and as far as I’m concerned, it doesn’t care where it gets that from.

@leslietsz, the camera uses serial (Serial1) communications at 38,400 baud. Most of the code is reusable though some updates are required (use of IPAddress). Again, from what I see, most everything else will run on the Photon as-is. The beauty of the Core/Photon/Electron platform is the new HAL abstraction layer making code portable.

And @Moors7 just kind of said all that!