I have run into a linker issue while compiling my software on the web IDE. Essentially the problem is this:

I have my library.cpp and library.h along with 20-30 other files (with directory structure flattened). library.cpp uses functions from another file library-helper.h, therefore library.h has an #include “library-helper.h”. Now, when I compile this locally with the “firmware”, using “make PLATFORM=Photon” everything works fine, I get a .bin and it runs ok. However, when I do this on the webIDE. I get:

Have you tried converting to

Includes are a bit inconsistent right now between all the compile strategies, since the web IDE puts the include libraries into a temporary directory.

Do you mean: In my library.h, I should say

If you have your own .H/.CPP files you’d stick with the #include "yourLib.h" way, but if you import a library from the Web IDE library repository it’s #include "libraryName/libraryName.h"

But one (or two) stupid question:
You do have a line #include "library.h" in your library.cpp file and your main project file (or any other header that includes the header)?
And you do have an #include "application.h" in all your headers too?

For each automatically included library (i.e. you clicked on the library icon and say “yes, add to sketch”) you get a separate directory with the name of library. For each new click of the circle-plus to add a .h and a .cpp file, you get a file in the directory with your current sketch.

One other quick point–if you have libraries that are interdependent and a library header file needs to include another library header file, you should protect the header files from being loaded twice. There are two ways to do this commonly, with #ifndef and a #define or with a pragma once.

Firstly, thanks for your help! I don’t have 2 libraries to include. Just one library that I have implemented with a ton of .c and .h files. (mind you .c).

All this works and builds correctly locally. Just not on the web-IDE. Let me know if you need the specifics of the library etc.

Just a stab in the dark, try to not name your main project file application.cpp (in Web IDE).

And now something that should most definetly be changed

As said, if you have your library.h as a seperate file tab in Web IDE, you should use #include "library.h", since it resides in your application folder and not in a subfolder.
Next, when you added your .C files (by use of the (+) button) you should have got .CPP files - don’t change the extension.

And as @bko pointed out, wrap your header files into something like this

You’ll have multiple places that use #include "myLibrary.h" but you don’t want them to be included each time anew.

There seems to be a lot of confusion talking in the abstract space. Have a look here: This is the library I am developing: 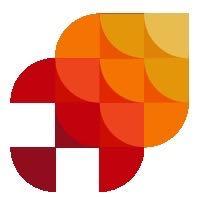 Everything is in the firmware directory obviously. And it builds and runs fine locally, I can program the device etc. Now, when I try to do the same on the web, by running one of the examples there, I get a linking error.

Wow, this is some library!
I’ll like to see it published on Particle Build, but it’ll take some more investigating why it doesn’t build.

But maybe @suda might have some clue about possible interna of the Web IDE that might play a role here.

I’ve played arround with your library a bit.
First I did what I suggested to you earlier

Next, when you added your .C files (by use of the (+) button) you should have got .CPP files - don’t change the extension.

So I renamed all the .C files into .CPP which lead to more elaborate error messages in Web IDE.

Once I had these error messages, I found several issues with the stricter compiler settings on the Web IDE which complained a lot about psMalloc()/psRealloc() returning void* which is unsafe to convert into typed pointers of several different sorts.

And the id enum not being found.
It’s declared in x509.h

So if you could maybe “correct” these two main things (type safe assignments and private enum), you might get a bit further.

BTW: After having a look at this work of art I feel a bit stupid having given some of the advise above

.
I didn’t realize what caliber programmer you are

Thanks for the nice words, but really, MatrixSSL does all of the heavy-lifting. It’s been around for a while I guess. Mine, was mostly a way to try to fit it in here. Let’s see what comes out of it.

Just for your amusement:
http://everythingisaremix.info/watch-the-series/

If you are using .c code in your sources, then be sure that any header files are wrapped with

Otherwise the C++ compiler will be looking for mangled names when linking, which it won’t get when linking against C.

Thanks for your suggestion. I feel like we are along the right path, and a little bit of push here will help me get over this hump of getting it to work on the web IDE. Let me explain what I see:

If you have a look here:

is a line I have in there. This is essentially a C library, the file matrixsslApi.h is packaged with the extern “C” in itself.

Now the first of the many linking errors I get (only on the webIDE) is:

matrixSslGetWriteBuf is declared in matrixsslApi.h which is wrapped in extern “C”, shouldn’t this be available at link? Unless matrixsslApi.h is not part of the gcc or g++ compile line?

Sorry to chime in here again, but as I’ve “learnt” from @BDub is that for some reason C files didn’t get pulled in by the Web IDE and for that reason there was nothing to link against.

I am guessing you mean don’t instead of didn’t?

If that is true, it is a very valuable piece of information!! What should be done about this? Is this intentional?

Hmm! They didn’t when I tried it and obviously also when Brett did try, and I haven’t checked since - so it’s a bit of both

when you added your .C files (by use of the (+) button) you should have got .CPP files - don’t change the extension.

So I renamed all the .C files into .CPP which lead to more elaborate error messages in Web IDE.

Yep! We need to get @suda on the scene and see if he can resolve why the .c files are not being imported.

But maybe @suda might have some clue about possible interna of the Web IDE that might play a role here.

so I have a PR submitted to you that I tested an import on. One example is compiling, the other has a few issues still which you should be able to solve now. So many files is making the IDE slow, so just give it a moment to load things if you know you clicked the button already

a couple tweaks to examples

1 commits changed 4 files with 10 additions and 1 deletions.
3 Likes
next page →