Possible to include Serial Monitor in Web IDE?

Still building my Particle skills and have been using the Web IDE solely thus far. Most of my troubleshooting has been done via having the onboard LED indicate different messages through different blinks (SUPER limited, I know). I haven’t used Serial debug messaging yet because I’m using a Chromebook and it looks like I’ll need to install an extension/app like Serial Monitor or ChromeDuino. 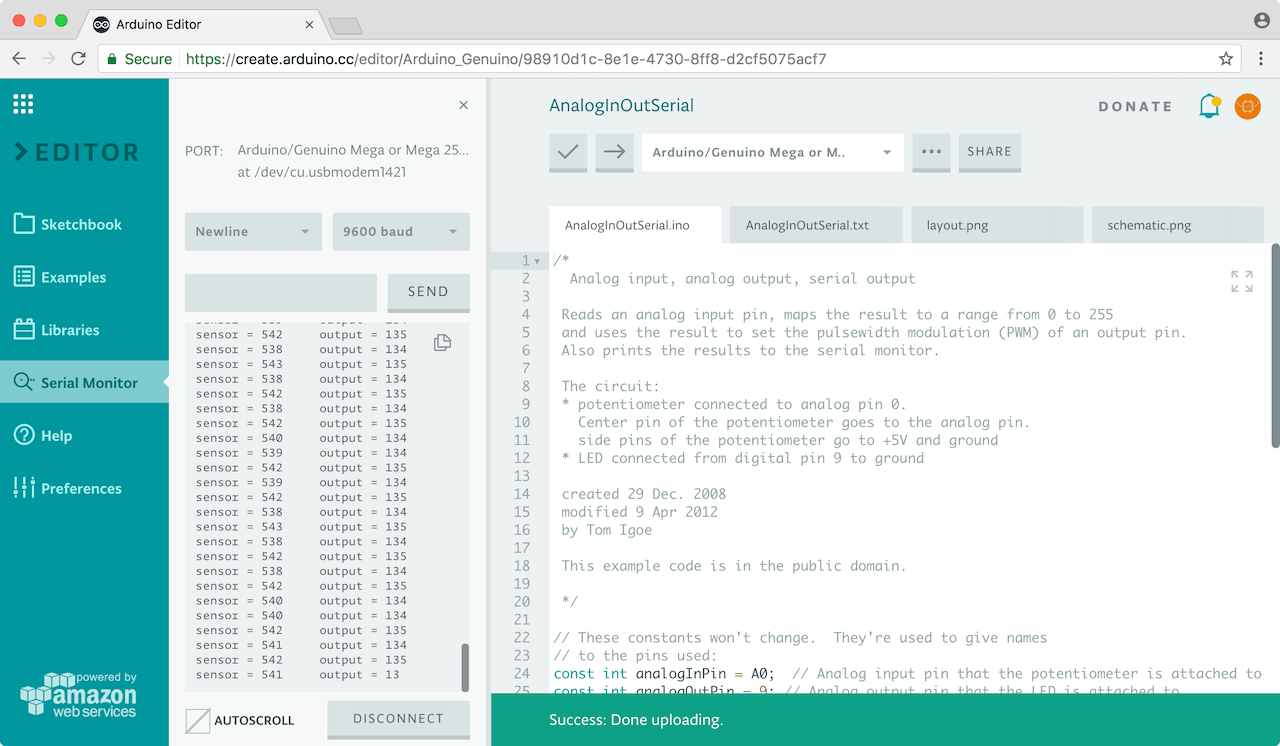 I’m not a regular user of the Web IDE but I agree that adding a built-in serial monitor would add a lot of utility.

The problem with accessing the serial port from a web browser is that you need to install software, which is dependent on the operating system of the computer, in order to access the serial port. This is different than the rest of Particle Web IDE, which works on un-modified browsers and computers that are otherwise locked down (like in schools).

There is hope, however. The WebUSB standard, currently only available in Chrome and Opera, makes accessing the USB serial possible. If it catches on with a few more browsers, it could be a viable option in the future.

The WebUSB standard, currently only available in Chrome and Opera, makes accessing the USB serial possible. If it catches on with a few more browsers, it could be a viable option in the future.

Are you saying that standard is available in current versions of Chrome and Opera? Or upcoming soon? Because depending which stats you believe, that’s somewhere over 70% of all desktop browser usage worldwide and one of them (Chrome) is available on virtually every OS.

Wouldn’t it be trivial to check the browser version before adding a Serial Monitor tab to the Particle Build UI? Then most people would have that feature now, and everyone else could have it after a Chrome install if so desired.