I need to communicate with an I2C device that requires me to read the data out in one 258 byte request.

I now get a compile error when I run make clean all PLATFORM=photon from the root firmware directory.

If I reduce the buffer size to 255 the make command compiles successfully. I think this is because the quantity variable is a uint8 and therefore cannot store 258.

Is there any way I can increase the buffer size to 258 bytes?

The i2c_hal.h and i2c_hal.c implementation has a lot of uint8_t typed length and index variables. These would need to be changed to go beyond 255 bytes. Also the Wire API assumes uint8_t counts.

I also allow chained calls to write so you can send several memory blocks in one I2C write transaction. Good for sending a memory address followed by data with some devices.

I am doing final testing and cleanup and will make this library available soon. I did create a Wire compatible wrapper class so it could be used with a large buffer.

Thanks @whg. This sounds awesome and I would definitely like to try it out.

Is your stop flag used to generate a restart? I need an equivalent to the below:

Have you done any timed tests yet - it would be really good to know whether I can expect your library to be faster or slower than the Wiring library?

Is your stop flag used to generate a restart?

Yes that’s exactly what the stop flag is for. Here is the equivalent of the code you need.

I have checked transfers with a logic analyzer. There are no gaps in SCL so I don’t think my library will be slower. I did follow STMicroelectronics advice for polled reads to avoid missing the final NACK for a read.

I don’t think this will slow the transfer since read is in a tight loop and I use CRITICAL_SECTION_BLOCK() to prevent another thread from running. I would rather be sure the the transfer is correct than save a μs.

I have run tests at full speed for several days with no failure.

I will package the current version and put it on gitHub here. 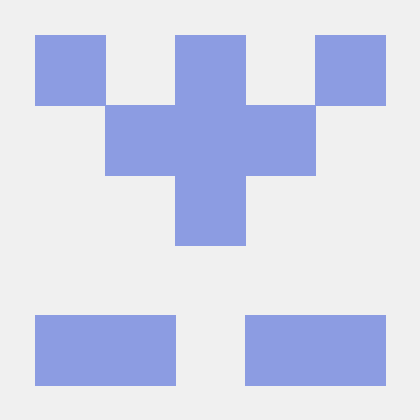 OK cool, I look forward to trying this once its released.
Do you know when that might be?

A first version is here.

I also published it as the I2cMaster library on Particle Build. It may take a while for it to appear even though I get this message.

Looks good, I will give it a go tomorrow.

Do you still need the following lines if your not using the Wire functions and are using the I2C functions instead?

Do you still need the following lines if your not using the Wire functions and are using the I2C functions instead?

No. The only reason for that section is to test substituting WireMaster for Wire in a large program that used the system version of Wire. The macro save editing all the Wire calls in the program and replacing “Wire” with “WireAlt”.

Does this mean I can test whether the large 258 byte read works by just including those lines (and the library etc) in my program and leave the existing wiring stuff as it is?

Does this mean I can test whether the large 258 byte read works by just including those lines (and the library etc) in my program and leave the existing wiring stuff as it is?

That was the plan.

I didn’t test WireMaster with transfers larger than 64 bytes but tired to code it for large transfers.

You will need to edit WireMaster.h and change the size of internal buffers.

WireMaster compiles with 300 byte buffers but I only tested it with 64 byte transfers on a DS1307.

I edited the test program and read 288 bytes from the DS1307 with WireMaster. It appeared to work given this.

Edit:
Looks like endTransmission() may return the wrong value. I return the number of byte written. The correct return is zero for success and non-zero for an error.

Started trying it now. I will put any points I find in this post.

I can confirm endTransmission() behaves as you stated above. Is this going to be changed to match the Wiring behavior?

Other than that it all works great!

I will soon post an update so WireMaster will be compatible with Arduino Wire.

Particle is not compatible with Arduino so I will define both.

Have you done any testing at different/higher speeds than the ones outlined the particle documentation i.e. CLOCK_SPEED_100KHZ and CLOCK_SPEED_400KHZ.
Do you know what the maximum speed is and how the speed would affect stability?

Let me know if I can do anything to help - pull requests, testing, documentation etc.

Here is a sentence from the STM32F205 reference.

@whg Just wanted to let you know that CRITICAL_SECTION_BLOCK() no longer compiles on 0.4.9. Changing to SINGLE_THREADED_BLOCK() seems to work, however I’m not sure if I should be using ATOMIC_BLOCK() instead?

I have modified I2cMaster so SINGLE_THREADED_SECTION should not be required.

I have updated GitHub and the published library.