How farmers are automating wind machines with the Internet of Things

A wind machine is a piece of agricultural equipment that you see frequently, but rarely think about. And one thing we’ve learned at Particle is that it’s always the silent machines that benefit the most from IoT. That’s because they are usually rife with problems that affect people everyday, but don’t get much thought or attention.

For example, a frequent problem with wind machines is that they fail to start or they run out of fuel, resulting in financial losses of $10,000 per acre. Most growers employ ranch personnel to drive around the orchard during frost nights to make sure the machines are running properly. But this is neither inefficient or good for gas when you have acres and acres of farmland.

That’s why Heath Westbrook and his co-founder Neil Schultz started Altrac. They wanted to build a company that could help farmers automate common problems that are found on a vineyard. Due to their backgrounds in engineering, they knew they could build a device that could help make it easier for farmers to monitor their wind machines.

Particle jumpstarts the path to production

Altrac originally chose Particle due to its large developer community. “We loved the community,” said Neil Schultz, Co-Founder at Altrac. “That builds trust, and we could get our questions answered from other experts in the field.”

Neil and the team were also attracted to the Particle Device Cloud platform and development features like OTA Firmware updates. With the Device Cloud Software, Altrac could manage their entire fleet of devices remotely and send feature updates wirelessly, simplifying development. 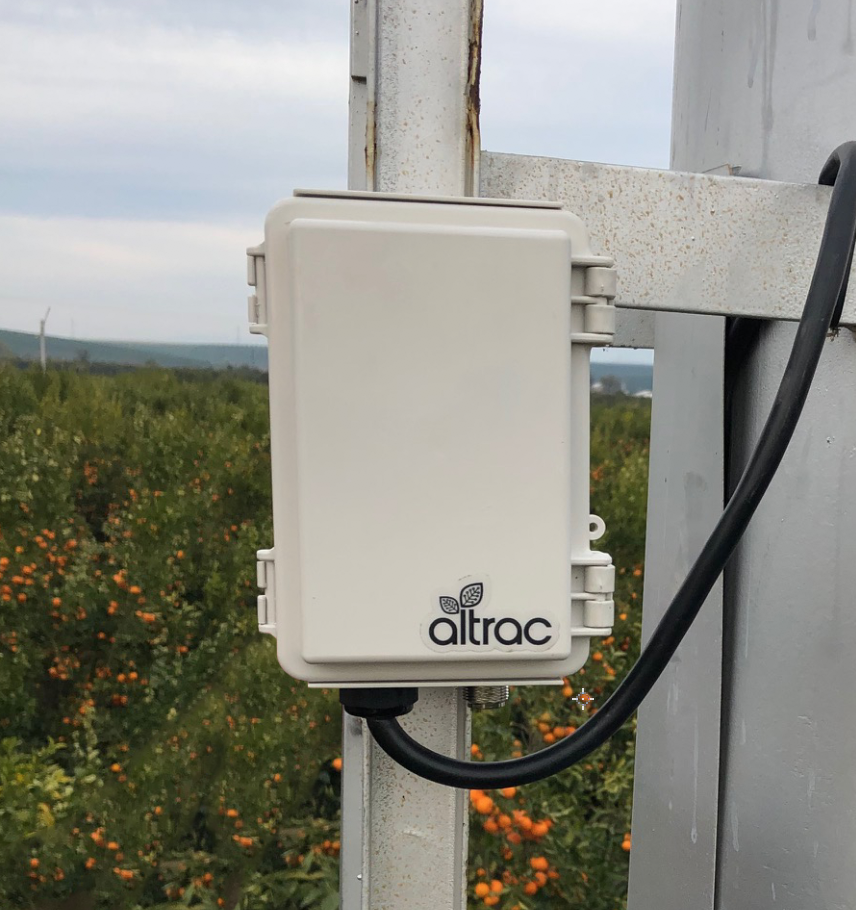 With Particle taking care of the connectivity, Neil and the team were able to develop the Altrac wind machine control station, which is connected to the cloud over a cellular network. The cost of the Particle E Series was low enough so they could deploy thousands of devices across hundreds of farms.

Altrac enables farmers to monitor equipment from a single Interface 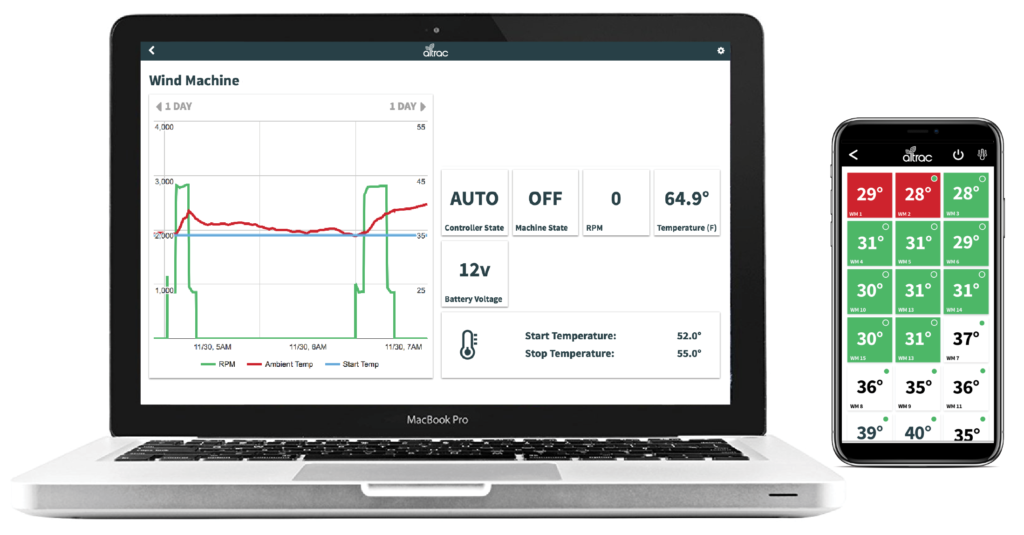 Altrac lets growers control their machines from their phone or via laptop. With IoT connectivity, growers can perform the following actions:

The road ahead for Altrac

For Particle and Altrac, this IoT project proved immensely successful. The installation process was simple because Altrac’s sensors were powered by the Particle IoT platform. Particle handled the complex infrastructure of IoT for Altrac, meaning they could focus on providing a great product and service. Altrac is currently expanding their connected solution to include irrigation monitoring in order to help farmers improve water management.

Build your own environmental IoT product

If you’re interested in starting your own green initiative, feel free to check out how others are using Particle to monitor and protect the environment here. You can also watch this recorded webinar by Neil Schultz that discusses the best strategies for building an IoT product that improves environmental sustainability and provides continuous, recurring value.