How do I power my photon for long term use in a product?

Without much more information about the product, what it’s supposed to, and what your estimated usage is, there’s no way of telling.

What is your product? You could use the Adafruit Micro Lipo USB charger. It lets you use a Lipo battery in your product and lets your customers recharge your product using a Micro USB cable.

@Moors7 @nrobinson2000 It’s just a door sensor! So I don’t want to recharge it time and time again by removing it from the door. I want it such that I can just replace the battery. Something like AA or watch battery. Do you know of anyway to do it?

All you need is a “AA battery holder”. It has two wires that connect to the GND and VIN on your Photon.

PS: It’s always a good idea to mention what your “product” is so that you can get relevant help. We have lots of hobbyists here but we also have people making commercial stuff.

Do keep in mind that with continuous use, batteries won’t last that long. You could make use of sleep modes to extend these periods though.

Low power and extended battery life are not a strength of the photon, although it can do a pretty good job with care.

You might want to consider a product like bluz that is designed specifically for the low power environment, and uses Bluetooth Low Energy (BLE) to communicate - it would require a photon installed on a gateway shield to act as the bridge between the BLE & WiFi universes. The physical footprint and programming environment are very similar, bluz devices are supported in the particle web IDE, and you have all the power of the particle cloud functionality at your disposal (variables, functions, webhooks etc)

Just a suggestion, one that is made possible by the particle ecosystem.

Forgive me if I am wrong, but I had the understanding that the Photon would be damaged when the battery level dropped below a certain threshold. I know the old Core handled it just fine as I ran one off of D batteries and when the batteries aged the Core simply quit working until new batteries were installed. I haven’t tried the same on Photon because I had read somewhere that its design couldn’t handle this. Can someone please clarify this?

There was a bug that manifested itself by trashing bits of the flash during brown-outs. That has been fixed for a while now (though I believe the full fix requires an update to the bootloader) - others will have to chime in on exactly what versions of what contain the fix - it seems like a lifetime ago to me. I believe that at least with code containing the fix, photons are now just fine when powered by sources that degrade over time.

Thank you for your help! This is exactly what I was looking for. I am ordering bluz!

Cool! Product sounds really interesting–let us know if there are other ways that Particle can help!

In lieu of trying to operate a Photon on a battery, you might wish to look at our SIS project, at: 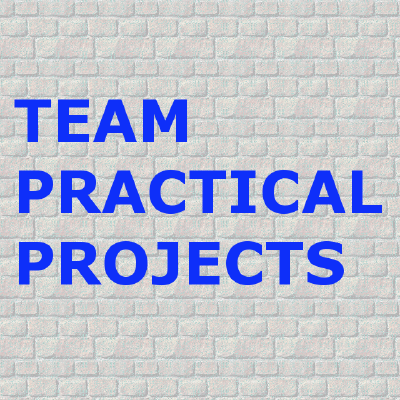 SISProject - An IoT sensor platform based on particle.io's Arduino-like processors. Currently for monitoring an older person living alone, but a great platform to use for other projects too.

You can purchase wireless magnetic door and window sensors on EBay for less than $3 apiece. You can build the SIS hub (based on the Photon or Electron) with 315 and/or 433 MHz receivers and mount it in a box a few feet away from the door, where it can be powered via a standard USB wall-wart power supply. The battery in these cheap wireless sensors lasts for at least 6 months (perhaps a year or more, depending upon how often the door is opened). You can find complete documentation on GitHub for this project and you can modify the source code at will.

SIS (with the code that is posted on GitHub) will support up to 20 wireless sensors per installation, including door/window sensors, motion sensors, water level sensors, keyfobs, etc. (all can be purchased for under $10 a piece). In addition, there is some Arduino code posted on this site to make your own wireless sensor that is compatible with SIS. The code runs on a ATtiny 85 and I have been planning on working on a low power, battery operated version of this (I’ll be happy to up the priority on this work if there is interest in it). Please have a look at this project to see if it can be adapted to meet your needs. We will be glad to help; just e-mail us at SISProject@Shrimpware.com .