Boron LTE Connected to Internet but not SMS?

So I bought a SIM for my Boron LTE before I knew the required specs. The SIM I have uses the T-Mobile network (which from what I’ve read isn’t supported by Particle). But when I use my SIM I’m able to connect to the cloud. So I’m not sure what’s going on.

I’m confused… can anyone shed some light before I go out and but a different SIM?

This is the process I used to change the SIM

Are you using T-Mobile in the United States or Europe?

I have never gotten a T-Mobile prepaid SIM card to work in the US. It would seem to come up but I couldn’t get GPRS data to work properly, even with what I think was the correct APN set. That might have been user error, and it might actually work for other people, and it might be specific to pre-paid.

The built-in Particle SIM will work in the United States on AT&T, but not T-Mobile. It does not support SMS on any carrier.

I have not heard anything about T-Mobile Europe rolling out LTE Cat M1. The Boron LTE does not work on LTE Cat NB1 networks, which is the most common in Europe.

The built-in SIM on the Boron LTE can only be used in the US, Canada, and Mexico and does not work at all in Europe.

@rickkas7 So I’m hoping to create a system we where I can turn a relay on and off via an online form submission. So I’m using google sheets to connect to twilio to connect to particle. I’ve seen projects on how to send events from particle TO twilio, but haven’t found any that go from twilio to the particle.

Can you offer up any advice?

Is there a reason you need SMS? That’s a particularly difficult way to accomplish that task.

The easiest path is to use a web app that uses the Particle REST API or particle-api-js (Javascript/node.js) to call a Particle.function on the device to turn the relay on or off.

@rickkas7 It doesn’t have to be a sms. But my coding skills are fairly novice and the only examples I’ve found of outside to particle interaction is by sms. They’re all more than 5 years old so I’m sure most of the code is out of date. I figured the more direct things could be, the less I would have to learn… or fewer things I could screw up in the process. haha

I’ve also learned about the event/sub interaction and that seems like it would also work. But I’ve haven’t found any way tor something like to Twilio to create an event that the particle could sub to.

SMS is not formally supported by Particle’s modems as a first party method. I know that in the past, a lot of implementations have centered around SMS → Twilio → webhook → Particle.

While direct SMS is technically supported on some (not all) of our modems, it very much is not recommended and probably requires more hoop jumping than using our pub/sub event system.

It might be easier to try and break this task down into several segmented tasks to try and achieve the desired end result.

Instead of direct SMS control, I would look into a methodology of accepting input (& output, if necessary) from SMS into Twilio. I believe these docs should be a good starting point. From there, once you are able to comfortably handle SMS into Twilio, you’ll want to configure the responding Twilio webhook to send events to the Particle infrastructure from Twilio webhook → Particle integration.

Let me know if there’s any other questions or concerns on this. There’s plenty of folks in our staff and community that are always willing to help!

via an online form submission

Particlularly this part would best be dealt with via a Particle.function() cutting out any intermediate services like Twilio completely.

Rick’s suggestion to use particle-api-js is much less complicated than you’d think.
When you can make your online form trigger an SMS calling a Particle.function() shouldn’t be out of reach.

So I finally found a site that simplifies webhooks. IFTTT…
I got the project to work exactly like I was hoping with minimal coding. I just needed a starting point to see if it was possible. Now I can go though and really dive in to the details you guys suggested to make it even more tailored. I’ll be using an online button connected to google sheets then to the particle via IFTTT.

Here’s a link to the video I found 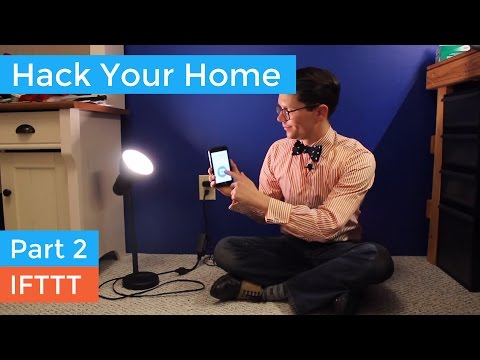