Why does D0 never turn off? (code help)

Hi all, I’m totally puzzled as to why my output turns on at the right time in this code, but once it’s on, it never turns off. My understanding is that the code enters the outer loop when the current minute is 57, then enters one of the internal loops depending on whether or not the hour is 6 or 18. Each time the internal loop increments, the “secaccum” seconds counter increments, and once it reaches the given upper boundary for the loop, we should be exiting that loop. At that point, we’re still looping inside the outer loop, but each time we increment, we also turn the output off. Once we’re outside of the 58th minute of the hour, the output is always off and the accumulator is always zero.

So, what am I missing here?

Thanks for your help!

There are three issues with secaccum. The first is that it is not being initialized. The second is that it is never being updated… At least not intentionally…

Lastly, this probably should be

As this existing code sets the value to 57, not checks it

Let me try again, with an edit to properly initialize secaccum;

EDIT: Apparently this forum software has some weird bugs when you try to post code, of all things. Lines keep disappearing when I paste! I’ll have to find a different way to paste, code is still not working after I initialize secaccum using int secaccum = 0. I promise I’m updating secaccum, at least I think I am…using “if(rtc.second(rtc.now())) secaccum++;” both in the outer and inner WHILE loops (meaning, the loop that happens only between the 57th and 58th minute, and the loops that occur within that loop, which actually turn on D0.

It’s not a bug, it just happened to be a markdown code

Our suggestion is to post on a GIST and share the link. It’s more tidy that way for the thread too.

I edited your first post with this formatting tip in mind:

Formatting your Code Examples is Easy Here is a quick tip that makes your posted code look beautiful. // The following two line is for Local Builds, // but works fine in the Sparkulator (web IDE) #include “application.h” void setup() { pinMode(D7,OUTPUT); } void loop() { // Blinky code digitalWrite(D7,HIGH); delay(100); digitalWrite(D7,LOW); delay(100); } Here’s what my post looks like edited: [image] All you have to do is wrap your code in ```cpp // my code if(world…

Are you trying to make an Alarm? Try this library: 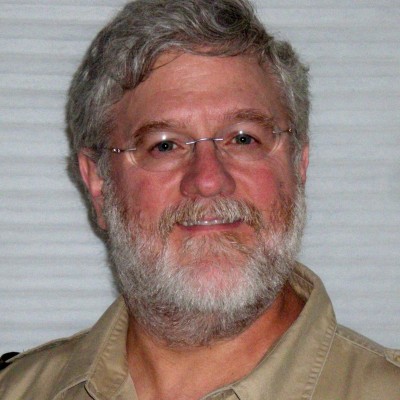 It also uses the built-in RTC so even less libraries needed.

Thanks for the tips! I’m not exactly running an alarm, it’s actually a controller for an analog slave clock. I will check out that library though in case it helps.

Here’s my code as it stands now:

So I think we need to take a step back. Your library will poll an NTP server for the current time once when first started, then once every hour by default it seems… then keep that time updated based on the millis() counter on the Spark Core.

Every time you call rtc.now() it’s going to return a new current time in Unix time format, or maybe that’s Unix Epoch time… I dunno… the code is not commented at all really. It’s one of those times in milliseconds though… I think.

Let’s take a look at this block of code:

You have a lot of tests in there, checking the current time now() against some constant. One big problem is that every time the code sequences through and calls now() it’s different, so rtc.second(rtc.now())>=57 might be false but then when it gets to the next one the time has advanced just enough to now make that statement true. When you are AND’ing and OR’ing a bunch of things together you need to be comparing one reading to a bunch of constants, not changing readings to constants.

To fix this you need to save the now() reading to make it fixed, and then enter your multi-expression sequence. Like so:

Now let’s see what’s going on with this while statement. This bit of code is redundant:
rtc.second(unix)>=57 && rtc.minute(unix)==57

It will be true when the second is equal to 57, but false any other time. Which is the same as just this statement alone rtc.minute(unix)==57

The second OR is going to be a problem. I’m guessing you meant AND because if one of them evaluates to true, i.e. let’s say it’s 6pm (18o’clock), the first part will be true, the hour is not 6, so then the whole thing is true because of the OR statement. But it’s 6pm! Rats. So I’m guessing you want (hour is not 6 AND hour is not 18)

So then you can just AND them all together, with one OR statement…

I’m not entirely sure what that is all doing for you, but I think I’m helping here

So building it back up:

But then since it’s a while loop, you want to update your “fixed” now() time each time through… so we just add that to the while loop like so:

Some times it helps to write pseudo code first, then do your actual coding based off of easy to understand worded logic.

Took me a few months to get back to it, but here we go:

My problem turned out to be my use of “while” loops. I failed to realize that this program is one big loop already, so I didn’t need all the loops within loops. I think it was actually causing the Spark to hang up, because every time the program was supposed to start doing something, if I wanted to flash it again afterward I’d have to remove power and restart it. Now, I don’t have that problem!

Thanks for your help.