When I connect chain of LED strips to power from both ends, do I need to make the power line disconnect in the middle?

I’m creating a loop with six 1-meter-long strips. I’m using one 5v 10a power supply which I plugged into a breadboard. So I plug one end of an LED strip into the breadboard, then I have 5v, GND and the data signal going into the next two strips. The third strip doesn’t connect 5V and GND to the 4th strip…there’s only a data line connected between them. How I connect the last three strips to power and GND is by having the 6th strip also connect into the breadboard for power and feed power and GND to the 5th and 4th strips. So, I have my first three strips getting fed power from one end and the last three strips powered on the other end. Only the data line is continuous throughout the 6 strips.

I’ve read that site before. I know that LED strips don’t care form which direction power comes from. However, what I’m trying to clarify is: do LEd strips care if they get power from both directions at the same time?

For a 6m long strip, you will need to power from both ends. It is recommended that you use one power supply (10A should do depending on your LED density) and allow the ground wire to run through the entire length. The power lines in the led strips themselves are not thick enough to carry 10A over 5M without enough loss to cause dimming or color change.

If you are using one supply to power all strips, you can also have the Vcc run through. There is no problem supplying a strip from both ends right through.
But I’d go with more than two feed points - as already suggested.

I see. So it’s okay to run power from both ends of a strip simultaneously.

It looks like to have several feeding points, I need long wires to extend from the power supply to strips that are farther away. What wires would I use for those?

Also, I’m planning on mounting these LED strips on to a 20ft rocket model. If I use a 15-20ft extension cord to connect from the wall outlet to the 10a power supply which would then feed the microcontroller and LED strips through a breadboard, will the power still travel okay despite the 15ft extension cord? Does the length of wire from the wall outlet to the power supply matter?

will the power still travel okay despite the 15ft extension cord? Does the length of wire from the wall outlet to the power supply matter?

Your power supply of 10A @ 5 volts is only 50 watts or so, so any standard household extension cord is more than adequate for that job. The input to that power supply should only require 0.5 amps or so at 120 volts, or 0.25 amps at 220 volts.

Agree with @Ric, your extension cord from the wall to the power supply will be fine.

As for the wires you want to use from the power supply to the end(s) of the LED strips, you can calculate the drop using any of the various calculators on the web like this one,

For example if you wanted to see only a 0.4V drop over 15m, you would need to use 14 gauge wire. Based on what I can see in the WS2812 data sheet (NeoPixels are based on this). You should be OK.

So, to recap, your ground wire will run the entire strip. You can then power the strip at the ends or at any point along the strip using 14 gauge wire to reduce voltage drops. You will know if there is too much drop when you see the LEDs getting dimmer or taking on a reddish hue.

Thanks for the instruction!

I was using wire and JST connectors to connect each LED strip. However, I want to place the strips in Aluminum diffuser channels and I want the LED strips to be right up next to each other so that when the ‘comets’ from the ‘comet animation’ run through the entire 5-meter-length, there’s no gap between each LED strip.

I’m guessing the answer is yes, but just want to check.

I’m guessing the answer is yes, but just want to check.

I’ve noticed that even when powering the strip (5m) in 3 spots (start, middle, end) discoloration occurs. I’d suggest trying it out in a couple of intervals before securing/soldering anything permanently. I think every meter or so would be ideal, but that’s a guesstimate

Is this a good 14 gauge wire to get? It says it’s for automotive…is this what I’m looking for? I haven’t gotten this wire before, so want to check that I’m getting the right thing. 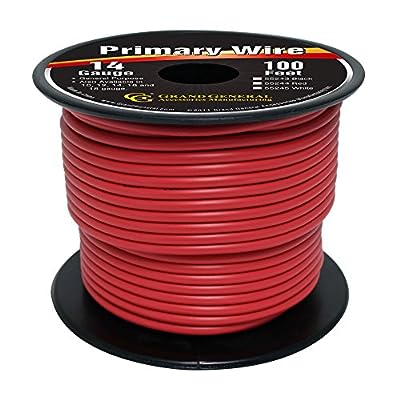 I’ve read that it doesn’t matter how many amps are supplied to LEDs as long as the voltage isn’t too high.

With that in mind, I still want to make sure I would be wiring this 5meter chain of neopixels correctly.

I have a 14 gauge wire. I probably want to wire the 5meters so that each 1-meter-strip is powered directly from the power supply (5v 10a). To do that, how do I have 5 of these 14gauge wires come out from the same power supply? Right now, I am powering a breadboard with wires coming out of a female DC power adapter that I have connected to the power supply cable. The 14gauge wire is really thick, though. I was thinking of just having 5 wires coming out of the power adapter, but all that wire won’t fit. Is there a way, to somehow get the wire to fit into a breadboard? Imagine terminal blocks that are cut out of one solid piece of brass, designed to distribute power. Well, that's what we have here! These machined bus bars are for when you want to ...

So I need two power distribution buses? And in addition to my red 14 gauge wire, I need black 14 gauge wire for GND too? It’s not enough that the GND signal can be distributed just directly from the previous strip? Each 1-meter-strip is soldered to each other.

The current will travel both rails so if that current would put too much strain on the Vcc rail why would the same current not also be too much for the GND rail?

If you imagine electricity as liquid, then voltage corresponds to the pressure and current to the flow (speed of fluid through your pipes).
If you have a wide pipe (or many smaller ones in parallel) feeding your system but only one thin one leading the fluid away, do you think the speed will be high or low?

Ah, I see. In your analogy, the speed would still be low if there are a bunch of pipes feeding the system but only one pipe leading the fluid away.

Is this how I would connect various points in my 5meter LED strip to power?

I just solder this red wire to the joint (with the other end of the wire going back to the power bus)?

Uhm, providing the polarity is correct and you will solder these connections properly, I’d say yes.
But I can’t quite figure what alternatives you have in mind

I can use the red wire as GND wire too, right? There’s no difference other than color?

If you got black use that to prevent confusion. But if you only got red you can still use that. The copper inside is just the same