Using photon as an ethernet passthrough

I’d like to use a photon (and eventually the option of an electron) as a passthrough device to connect to some equipment with a built in UI. Normally this would be done, either directly from a computer, or over a network, but both options require an ethernet connection.

It would be similar to using teamviewer, where the desktop and UI is already built, but since this equipment doesn’t have any way of connecting wirelessly, I was hoping to use particle to do this.

Edit: I should mention, this device has it’s own static ip assigned when set up.

Yea that would probably have helped. Yes I’m wondering if that’s possible, and probably all of the above. My main questions being: how would this work, and would there be any limitations in how it handles the user interface, as it is fairly graphic intensive (at least for the photons available memory).

@Mjones, you mention you don’t have “Ethernet” available so I assume you are considering the Photon because WiFi is available?

So, if I understand correctly, you want a WiFi to Ethernet bridge using a Photon?

Hey @peekay123 yea, that’s what I am looking for. I have searched the forums but either didn’t use the right term or didn’t find anything similar. Customers will have wifi on site but this is an ethernet only device.

The photon is not an ideal solution for this. What you need is a Wi-Fi Bridge. A Wi-Fi bridge will take Ethernet from your client device and give it access to the Wi-Fi network. Here is a cheap alternative: TP-Link N300 Wireless Portable Nano Travel Router - WiFi Bridge/Range Extender/Access Point/Client Modes, Mobile in Pocket(TL-WR802N) 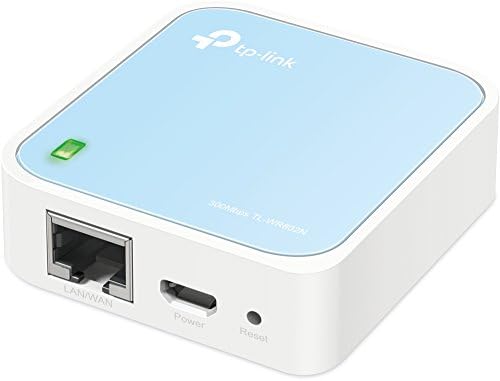 The pocket-sized TL-WR802N creates a private Wi-Fi hotspot anywhere an Internet connection is available. Powered via a wall outlet or USB port, the travel router works with 2.4GHz devices, including C ...

@Mjones, I believe there are some ethernet libraries using various adaptors (eg. W5100) in the web IDE. Using one of these you could write some bridge code between the WiFi TCP or UDP protocol used by the unit to the Ethernet adapter.

Thanks for the input @peekay123, I may come back to that, but if I can use @ninjatill solution off the shelf, that would probably be a better product without reinventing the wheel, so to speak.

@ninjatill, thanks for the advice, I ordered one of these, hopefully it will work out.

I have that TP-Link device and it’s really handy. It can be an access point, repeater, or Wi-Fi-to-Ethernet bridge. You can also use it to provide Wi-Fi to Photons when there’s a captive portal like in a hotel. And it’s really tiny and powered by USB. I also have one for Photon testing at my desk so I can interrupt the network without affecting the rest of my network.

@rickkas7, that’s a great idea for testing. What do you think of this one: 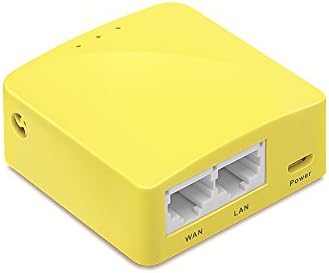 That one looks good too.

That was the simplest task I’ve ever completed. Thanks @ninjatill, worked perfectly.