TankClarity Transforms Home Heating with the Internet of Things

In 2017, nearly 6 million Americans still use home heating oil (HHO) to heat their homes. This oil is typically stored in giant oil tanks housed in basements or outdoor areas and is periodically re-filled by licensed oil distributing companies.

For consumers, this process of monitoring oil levels, ordering, and refilling is not only inefficient but cumbersome. Thankfully, with Particle, TankClarity has created a smart sensor that automatically notifies homeowners and fuel delivery companies when fuel levels are low, which saves both parties time and money.

“No other platform on the market even comes close to how seamlessly you can launch an enterprise-ready IoT product than Particle” - Louis Treabol, CEO and Co-Founder of TankClarity

Particle Jumpstarts the path to production

At first, the TankClarity team developed prototypes using Arduinos and Raspberry Pis. However, after some tinkering, they concluded that these developer boards wouldn't work at a commercial level.

After much research, the TankClarity team decided to use Particle’s platform. With Particle, it took TankClarity a mere 7 months to turn their prototype sensors into a fully-fledged commercial product. TankClarity initially used Particle’s Electron to connect their devices to the Internet over cellular networks. This gave them the flexibility to install their devices anywhere and remain confident that they wouldn’t lose connection.

They are currently updating their new devices with Particle’s E Series because it is designed to scale and can withstand intense environmental conditions. 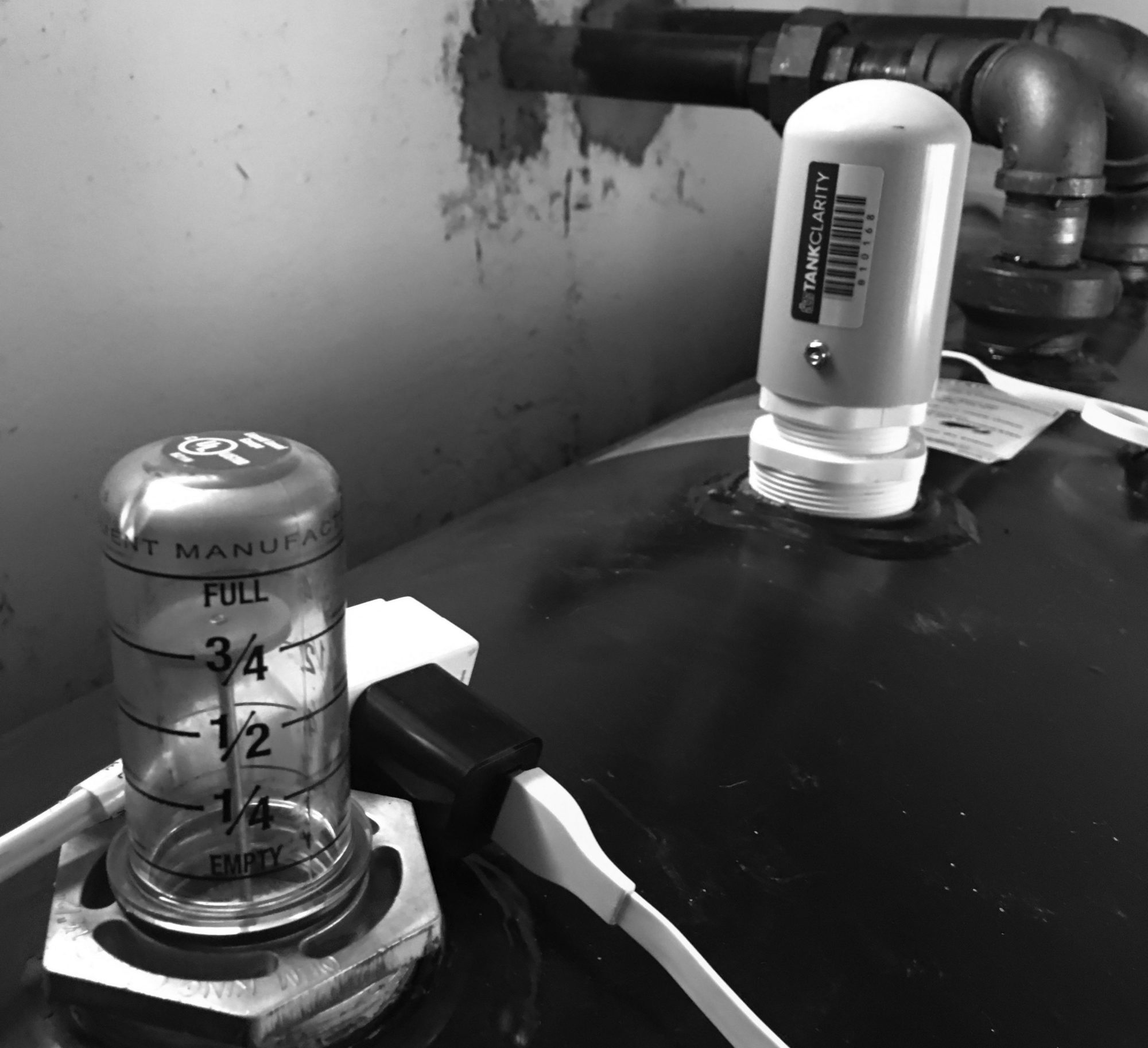 “The biggest problem for heating fuel providers and consumers is information; or, more precisely, the lack of it,” Greg Hovagim, CTO at TankClarity, explained. “TankClarity seeks to provide that information to both consumer and distributor alike to make home heating oil easier, more responsive, and more efficient.”

With Particle’s Device Cloud, TankClarity can provide this data to oil distributors, which has become a primary revenue driver for them. Distributors are also using this data to help predict consumer consumption in the coming weeks, months, and years — a “holy grail” of sorts, which the industry has been unsuccessfully pursuing for quite some time. All of this data has helped TankClarity improved their relationship with oil distributors and created an ecosystem that is valuable to customers and suppliers.

For Particle and TankClarity, this IoT project proved to be immensely successful. With over 700 units deployed, and adoption growing rapidly, TankClarity is set up for success and plans to connect more of their operations in the future. Want to learn more about TankClarity and how Particle is helping them revolutionize home heating oil? You can read the full case study here.
7 Likes