Paging @peekay123 and others.

Let me preface this by saying that I tried to port it myself. I’m just not getting anywhere. It’s a bit too advanced and I would love some help/suggestions on how to port this beast.

I have the hardware necessary to test and would be willing to send another set if necessary.

@harrisonhjones, that is a doozy! If you will be at Maker Faire, let’s discuss there but I believe I can help. Do you have an extra shield you can bring?

Sounds good. How about I just give you the one I have and I’ll go order another? Looking forward to talking with you!

@peekay123 @harrisonhjones Did you guys take a look at this? I’m currently using this library on an Arduino, but would like to move over to the Core/Photon.

@tw_uk, I working my way through all the porting. I’ve hit a snag in the LCD include file with a write(uint8_t) extension to the class which, for some reason, won’t compile. It’s just a matter of time.

UPDATE: I have the code compiling on the (beta) develop branch for the Photon!

@peekay123 Oh cool! I’ve noticed ‘spark-usb-host’ too, although haven’t tried it so far. Think I’ll get a shield board to make connecting my USB host arduino shield to the Core/Photon a bit easier.

Shame we can’t make the Photon act as a USB host itself, and avoid needing the shield!

Can the Photon act as USB master?

@peekay123 Yeah, I noticed that thread…but then this post made me think otherwise?

@tw_uk, you’re right! Not sure if that applies to the P0 and/or P1 modules.

@peekay123 Do you have the core classes + ACM working (cdcacm.h)? They’re the only ones I’m using at the moment! My Photon is on its way now. Hopefully I’ll be able to try this out soon.

@tw_uk, I have the ACM example and the entire library code compiling without error. Whether it works or not is another question

@peekay123 Happy to help you test it out, when I have my Photon & ‘shield shield’! Will you be putting your work-in-progress up anywhere?

. I have all my ACM code working on my Arduino Uno though! Have you looked at this any more?

@tw_uk, I haven’t had the chance to test things yet. @harrisonhjones has the library but I think he’s been busy as well.

Got all the HW here. Photon, Shield Shield and USB Host Shield. Mind sharing the library?

@mauimauer, I put the files HERE. Everything compiles but I can’t vouch as to whether everything works!

Thank you very much. I was able to compile the code and use it with the ACM Terminal sample provided in the original repo.

Unfortunately it doesn’t seem to work

I guess this has something to do with the pin assignments on the Photon.
I’m happy to help continue testing this.

@mauimauer, I never ported the ACM Terminal sample so I’ll have a look and get back to you. 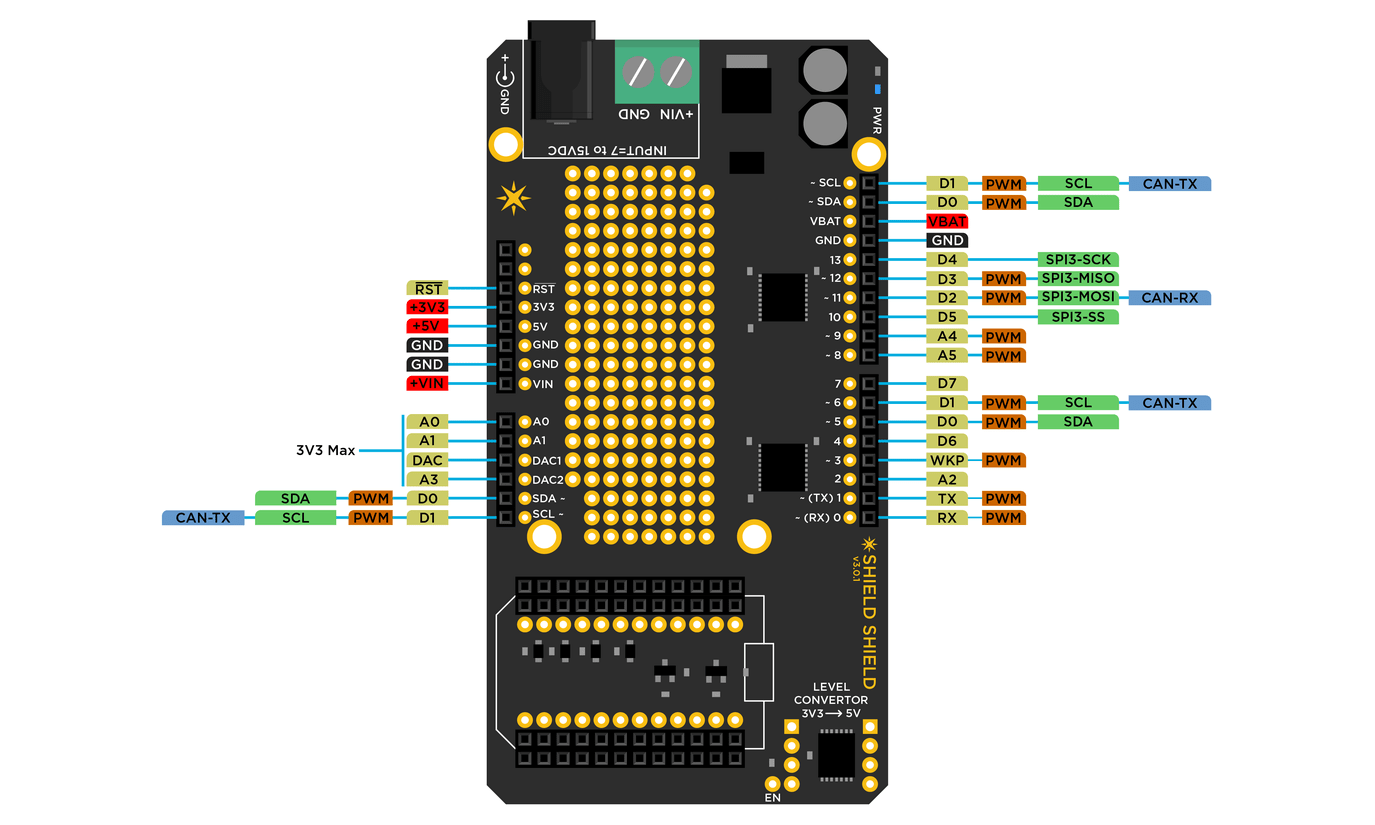 seems to be different to what’s defined in your avrpins.h and SPI Pin definition. Or am I reading this wrong?

@mauimauer, good catch! I realigned the pins to match the Arduino shield pins. Grab the zip file again. I only modified the avrpins.h file.