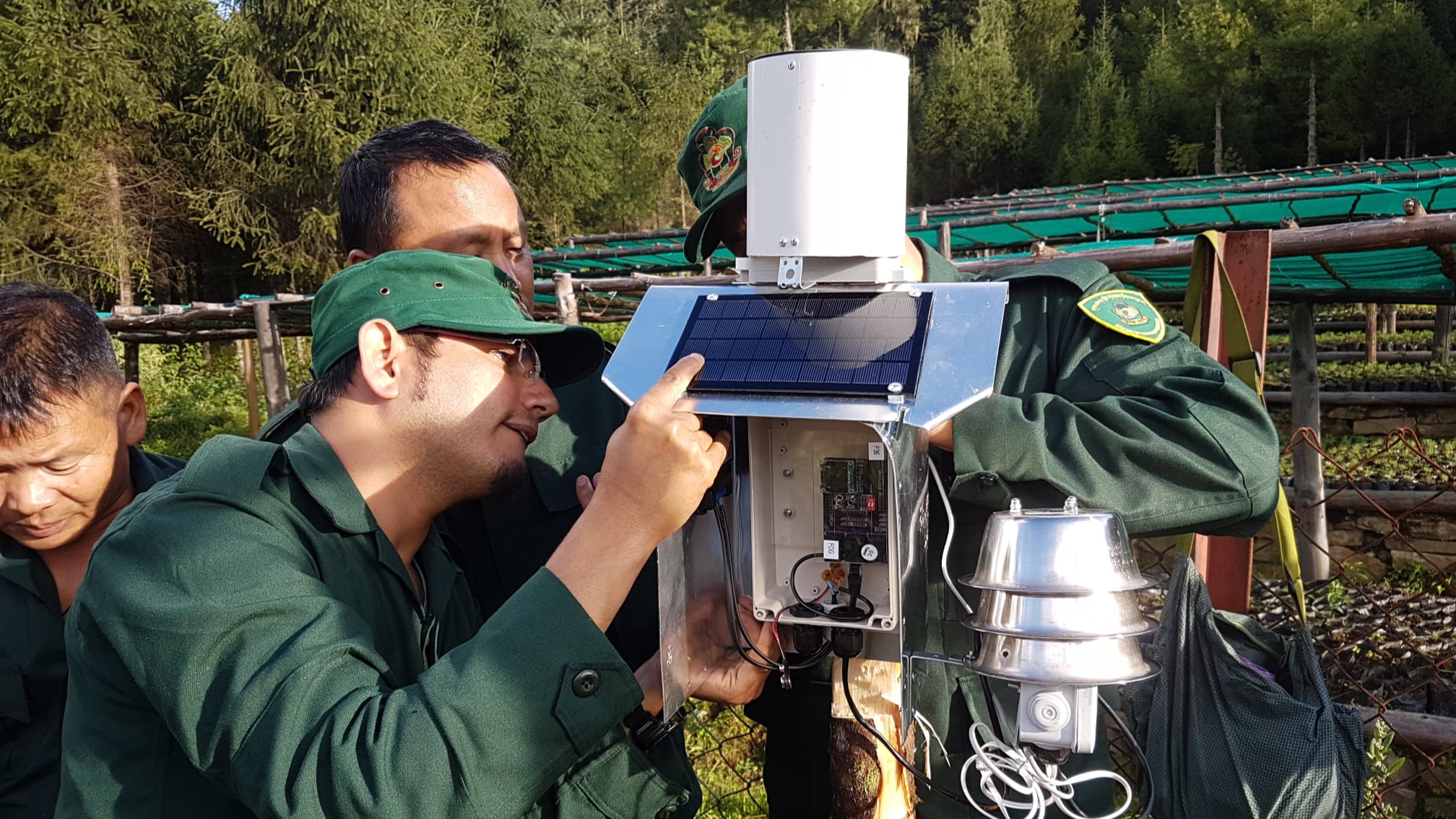 KingsCollegeInstall.jpg2016×1134
A FreeStation being used to better understand the importance of forests to hydropower production in the mountain kingdom of Bhutan.

The idea of a scientist hard at work in his garden shed using homemade technologies to change the world seems more than a little sci-fi. For Dr. Mark Mulligan, a Physical Geographer at King’s College London, though, this backyard science is a reality.

Mark has always been interested in both the environment and technology, which led him to pursue studies in geography, biology, and computer science. During his 25 years of environmental research at King’s College London, Mark has been able to apply his software and hardware development skills to better understand the natural world. He began by writing software, building open-access mapping tools like WaterWorld and Co$tingNature to examine impacts of land use and climate change on the natural world and on people. A few years ago, Mark moved into a house boasting a noble British tradition: the garden shed.

“The shed unleashed an ambition, which I had for a while, to start designing hardware, to build on the web-based software that I had developed before. Since then, I have come up with designs for around 25 instruments, starting out with Arduinos but moving quickly to Particle for their power and connectivity.” 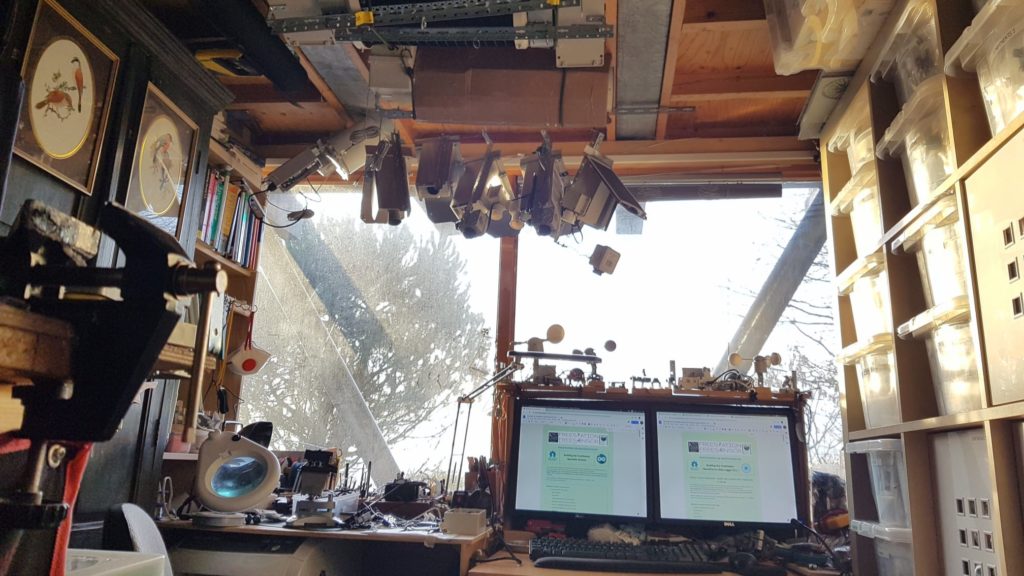 1024×576
Mark’s garden shed where he prototypes devices that monitor environmental conditions in his garden. There is so little space in the shed that Mark uses the ceiling to store devices before they ship to research sites.

Empowered by his shed and with financial support from AmbioTEK — a UK not for profit — these designs have grown into FreeStation, a website providing open-source, easily-built designs for robust environmental monitoring with Arduino and Particle.

At the moment, nearly 200 FreeStations are operating on four continents. Each device monitors and measures the impacts of climate and land use change on water resources, flood risk, agriculture, and people. A number of his colleagues in the JB Thornes laboratory at King’s share this passion for self-built science and low-cost sensing, a passion they share with their King’s geography students. Below just two examples of the research made possible by FreeStation’s Particle-based designs.

Monitoring water sources for the cities in Colombia 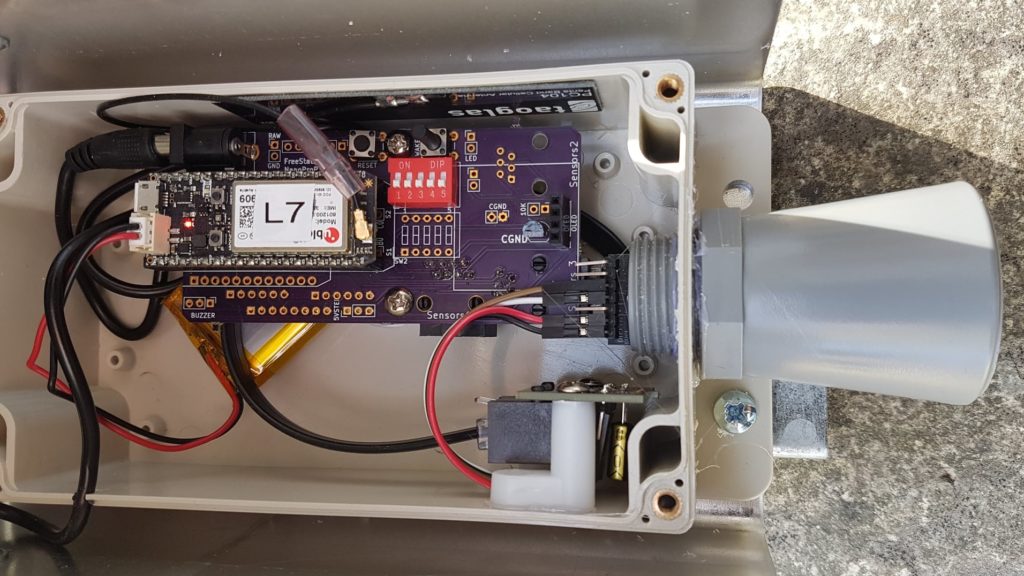 
One of these projects can be found across the Atlantic in Columbia. There, a unique ecosystem of grass meadows and bogs known as a Páramo exists. The deep Páramo soils are thought to act as a reservoir feeding stream that provide crucial water supply to the cities beneath them. However, these bogs are poorly monitored and the water contributions they provide to the below cities are not well understood. That’s why Mark is currently working on a project with colleagues at King’s college to install more than 100 instruments that can collect data on these bogs.

The requirements of the project led him to Particle’s mesh-connected products. Using the Boron to connect to a 2G cellular network, his devices will link with sensors attached to a mesh network of Xenons for rapid and simple access to the collected data. These devices also include a water level sensing component to effectively monitor river level changes that lead to the below cities. 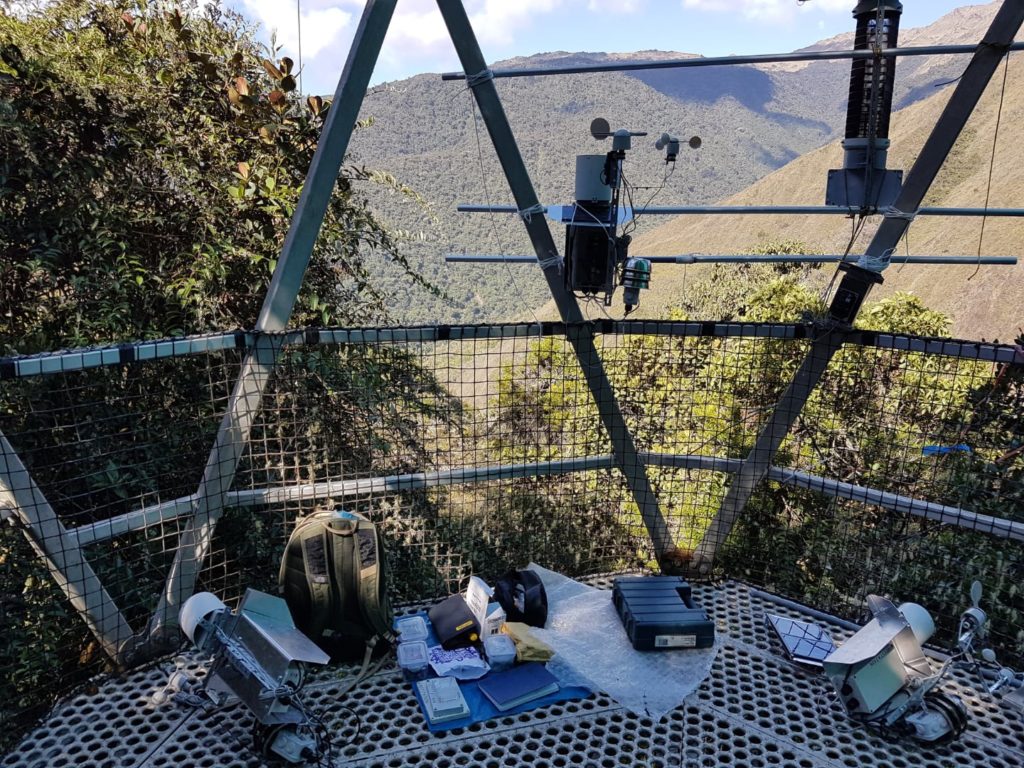 1024×768
A FreeStations deployed in the Wayqecha Cloud Forest in the Peruvian Amazon — some four hours by car from the nearest city, on a very windy road.


“A key problem we have with environmental applications is the lack of power in remote locations and also the need for reliability, given how far away from us they are. Particle devices are excellent in both aspects. Our instruments sleep most of the time, wake up every hour, take a measurement, send it along the network and go back to sleep and have to do this for years.”

In Burkina Faso, Mark is working with local and international partners to combining near real-time soil and reservoir water storage information from an Electron-based FreeStations with weather forecasts and local knowledge to help predict near term drought around some of 1,200 small agricultural reservoirs constructed over the past 50 years. 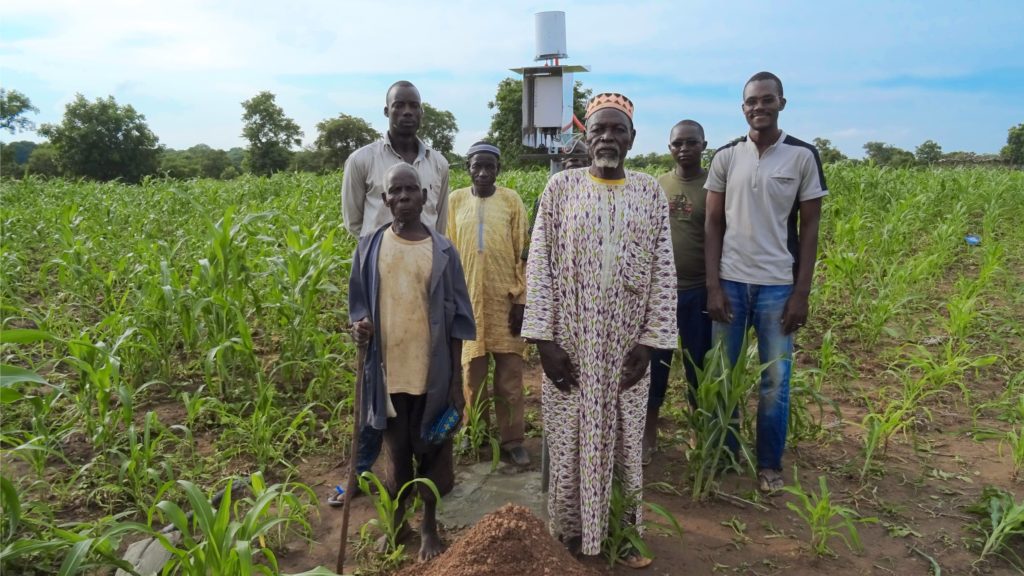 Mark has set up a system that blends the Electron, Particle Device Cloud, and environmental sensors to measure both the amount of water in the reservoir and soil moisture levels under crops, providing forecasts and irrigation advice to farmers via SMS. The novelty is that the farmers will then be able to respond by SMS, saying whether they believe the system’s recommendation or not. When farmer expertise is at odds with the recommendation provided by the system, the system’s algorithm will learn based on these replies. The result is a fascinating look at how science can both teach and learn from other forms of knowledge.

Expanding the reach of the project

These are just two of the exciting ways that Mark plans to use Particle to assist in the study of climate change impacts around the world. Other planned or partially complete projects include studying the effect of climate change on cloud forests and developing low-cost flood warning systems for tributaries of the Thames and Danube.

Though the ideas may have spurred from a humble shed, data like what Mark plans to extract from his projects using Particle will be invaluable as the global community adapts to, and fights, climate change.

Love to see how the technology ends up getting used!