[HomeKit] Connect your Photon to HomeKit without homebridge

i’ve created a project which allows you to connect your Photon to Apple HomeKit. Lightbulb HAP example included, but you can easily change to any other working. Project is more “Proof of concept” rather than complete library.

Currently i am working on it, so more to come. Any contribution is more than welcomed.

Pair setup/verify crypto is based on customized WolfSSL.

There’s no HAP-JS server needed. All the necessary crypto is computed right in the Photon.

My goal is to connect Dalibor Farny’s Nixie clock to HomeKit -> https://www.daliborfarny.com
NIxies are controlled by Photon. 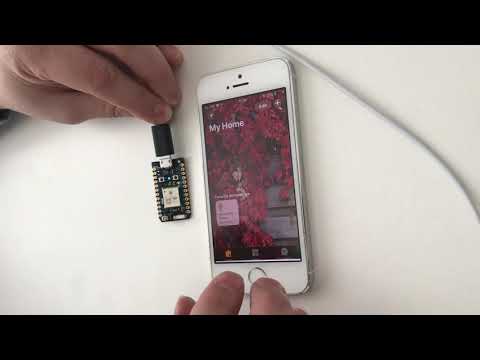 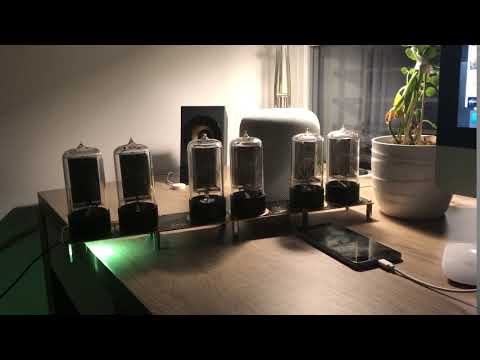 Check out on Github. 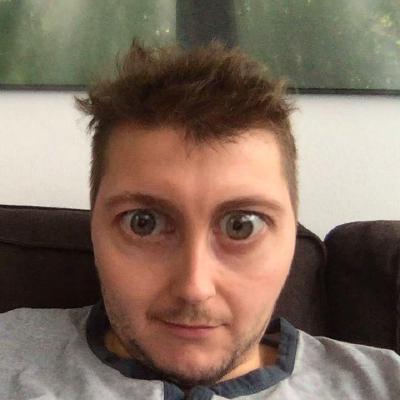 Connect your Photon to HomeKit. Contribute to ljezny/Particle-HAP development by creating an account on GitHub.

Hi Lukas, thanks for your sharing of this nice project!
It’s been years that I’m watching this forum, hoping to find someone who wants to try tomake Particle devices compatible with Homekit. (Not that the forum lacks interesting subjects or people!)

I have a complete home automation system under development with now around 10 Photons in the house. I use Homekit (Siri) through Homebridge currently. That works fine, but I need to have a RPi3 B+ running also…
I also tried the OpenHAB implementation of Homekit, but I still prefer Homebridge.

When I saw this post, I couldn’t wait and just now I’ve downloaded your project from GitHub, installed it and flashed it to a “loose” Photon powered via USB.
I checked in the Particle console and saw no activity.
I tried to find another accessory with my iPhone and found nothing…

Any tips how to pair and how to set-up commands on the Photon which can be executed by Homekit/Siri?

Hmm, it is strange. I am still debugging it, but try few restarts, since Bonjur advertistment is not working 100% sure yet. I would recommend you to download Discovery Bonjour You have to see “_hap.tcp” devices there advertised first. When you see it you can pair via Home App (Hit the “I cannot scan the code” and enter code manually).
In Bonjour Discovery app you should see this device first:

As i said try first few restarts till you see the device advertised. I am still working on it.

Also i am writing to Console a lot, at least you should see “Hello World!”. Also try to uncomment:
//while(!Serial.isConnected()) Particle.process();
So the app will wait till console will be connected.

Thanks for your active support Lukas!

I did: It’s a nice and useful tool, but I had no luck yet to find “_hap.tcp.” like you showed above…
Also I tried resetting the Particle many times, no change…

However, when I wake-up our iPad, I can see this “_homekit.tcp.” appearing…
I know the iPad gets a role of homekit hub or so. (?)

I tried to pair my HAP Photon on our iPad instead of on my (old) iPhone and this is what happened:

Any idea what could be the reason for this failed pairing?
Probably I should configure some more but I don’t know where to start…
(PS: I did not edit any of your files yet…)

I’ve checked the video - your progress seems correct. Could you please attach the Console log, during the pairng?
Also i would recommend every time you fail with connection (pairing) to change the deviceIdentifier (in HKConfig.h), to any random, but valid MAC address. Also you can change the deviceName to particl1,particle2 etc. but keep in mind to keep deviceName exactly 8 characters long (different name not fully supported yet.

I am currently working on accessory characteristics (i.e lightbulb power state) notification, so bonjour will be done later.

change the deviceIdentifier (in HKConfig.h), to any random, but valid MAC address

So, it is not necessary to input the Photon’s actual Mac address?

Nope, any valid MAC id will work. I use a lot a random ones. It’s just taken as unique identifier.

OK, it seems i am stuck. I am not able to find the problem.

You can Pair, Verify, Connect to Photon as HomeKit Accessory. You can several time try to turn off/on the led, but after about a minute, TCPClient wont receive any bytes so nothing is processed.
Seems something with keep alive with tcp or i dont know. I spent 6h+ with find a problem, but didn’t succeeded.
Any help would be appreciated.

I do hope someone will be able to help you keep this connection alive!
This is really way beyond my capabilities, sorry…

It seems i’ve found a bug in Bonjour implementation and project is now almost stable.
Next step is some refactorings and create a library.
Any testing will be welcomed.

OK, thanks @ljezny !
I will download your new version from GitHub and try it out today.

Good job Lukas!
Your latest version Particle-HAP works much better.
Here’s my experience of this morning:

Tubes OFF on iPad:

Tubes OFF on iPhone:

Tubes ON on iPhone:

BUT, when you close the Home App on iPad or iPhone, the connection is not established automatically…

Tubes NO REACTION on iPad:

Tubes NO REACTION on iPhone:

try again new version, i am currently working on it almost every afternoon. There are some new commits. Of course i would recommend a new pairing.

Also can you please describe more briefly the calling “cloud functions”. Bcs i am not planning it, there’re now reason. Since Homekit work over local wifi and you can control Photon directly.
In my example i’ve provided a series of callback functions, which you can handle directly on device.

OK I will test your latest version when I come home tonight around 20:00 (Brussels time)

I mean that I would like to edit your Particle sketch to include a “Particle.function”.

If Homekit controls could call this function with a “parameter”, then we could control anything.

Shall I create an example for you?

And another expectation is that we could read variables on the Photon, such as temperature, humidity, light, motions …

I see, i will comment my example on GitHub, where to put a call to Particle function. Pass me a snippet, how to call desired function, and i will put it in example.

Ok thanks!
Tonight I try to do that…

If you want to know what I mean, here is an example of a sketch with a “Particle.function” and a “Particle.variable”: It can be found among the standard examples of Particle’s Web IDE:

It would be great if we could see the value of the variable "analogvalue " in the Homekit screen and be able to call the function “ledToggle(String command)” with String command = “on” and “off”.
I will try your latest version later tonight…

try again new version, i am currently working on it almost every afternoon. There are some new commits. Of course i would recommend a new pairing.

OK, I just downloaded and installed your latest version and WOW: It is much more stable and reliable!

Pairing was easy and quick.

Reactiveness:
When I switch off the photon, it is not reacting anymore in Homekit, of course.
But when I reconnect the Photon to usb power again, it immediately reconnects and reacts as before.

It even works on an old iPhone 5, which it didn’t always do before!

PS: If you want to know more about this“Particle.function” and “Particle.variable”, here is the link to the Particle documentation: LINK