I decided to try to make an IAQ Monitor on a breadboard with the sensors I am using on it.

I backed at the custom shield level and my request was to have a Figaro TGS2602 hydrogen sulfide sensor on a custom shield. Figaro Sensor PDF There have been discussions with Spark about expanding the shield. Other possibilities discussed : ...

This is what I have so far (my first Fritzing attempt) :

This is not tested - I made it to help order the right parts, so once they arrive I will try it out - if anything goes up in flames I will update the diagram.

@peekay123 @epierre
Do you think I could use a USB breakout for power instead of the PSU circuit ?
I guess I might have to find a high amp supply like 2.1Amp to power it. 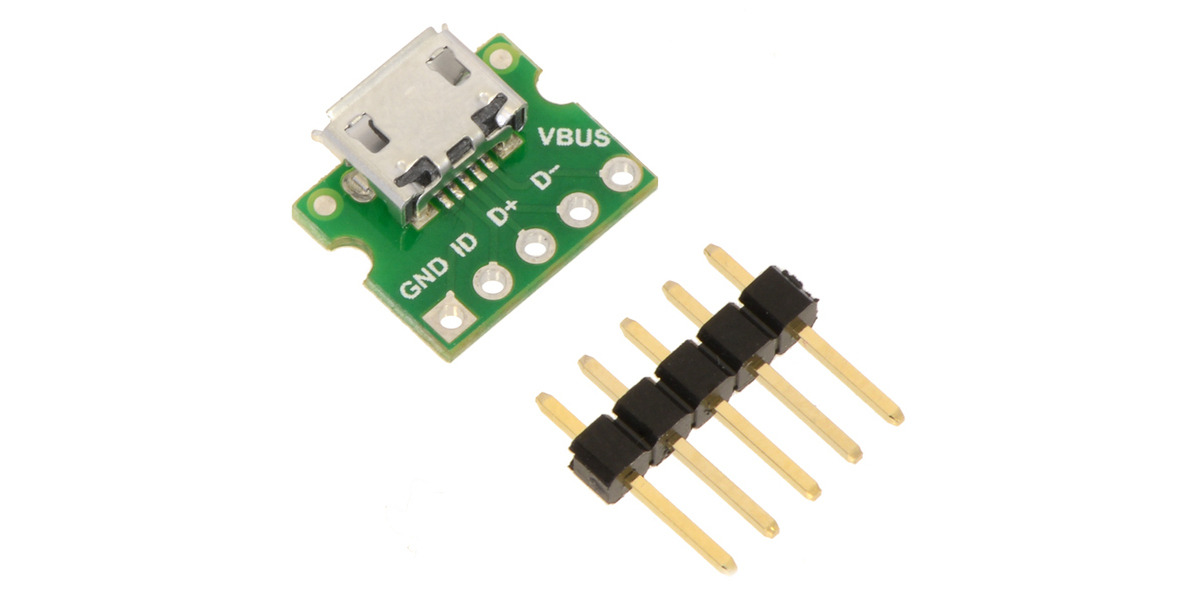 This simple board breaks out all five pins of a USB Micro-B connector to a 0.1″ pin spacing that is compatible with standard perfboards, solderless breadboards, and 0.1″ connectors.

@Rockvole, I think the USB adapter and PSU is a better approach

I thought so too, I wanted to be able to take my design and solder it directly onto a proto-board also, but it turns out those Adafruit Proto boards are not the same and the MB-102 does not fit in the rails.

Adafruit Proto Board I have : Customers have asked us to carry basic perf-board, but we never liked the look of most basic perf: its always crummy quality, with pads that flake off and no labeling. Then we thought about ...

I guess this might work if I just bolt it to the proto-board :

@rockvole I’ve tested only the SamYoung DSM501 which is a clone of the Shinyei (grove dust…), but the Shinyei has been quickly out of order and I’ve not received in two month a replacement…

You should prepare to have more wiring for those devices can read PM 1 and PM 2.5 sequentially:

Here is a pure arduino script that I use currently:

Hi @epierre - its a pity they still haven’t sent you the Shinyei PPD42NS after all this time - pretty frustrating.
It would have been interesting to see how you compare the two.

now it’s here, will try to test it soon and see the result, the sharp is still dumb…

I have now a fuctionnal shinyei and yes it is nearly the same value as the DSM500 form SamYoung so both will work well, just take notice that the japanese version can stop working on its own…

I will drop the sharp which has never worked.

I am dubious whether cheap sensors of these types are really measuring different particle sizes, it might just be 2 different levels of opacity. Although the Grove dust sensor only measures 1 particle size it does use the standard Grove socket which is very helpful.

@peekay123
Is it OK for me to have my board powered from a USB adapter AND the Spark USB at the same time for debugging ? Would I still get readings from the TGS2602 which expects 5V?

@Rockvole, not sure what you mean by:

from a USB adapter AND the Spark USB

Can you give me a better idea of how things are hooked up? Do you mean 2 USB power sources?

The proto-board (soldered) has DHT22 and TGS2602 with a USB breakout to power them and is wired to VIN and Ground on the Spark Core. Plugged in like that it seems to work powering the core.

Can I have that plugged into the wall and then plug USB into the Spark core at the same time for debugging so that I can view Serial output ? Or would I break something by having 2 power sources ?

I’ve been dinking around with a similar project after getting some of the sensors listed at: http://playground.arduino.cc/Main/MQGasSensors and I have had the same concerns. This is definitely something that is a fun to play with and even develop a PoC; but I can’t even begin to imagine the potential liability dangers involved with releasing something like this as a real product for your average consumer.

Are your sensors going to have containment in any way? Are you planning on gathering your readings based on ambient readings or are you inducing airflow to pass through your sensor array to collect data from more of the air around the device?

I thought about the possibility of an enclosure, but I haven’t tried one yet. The results so far don’t seem to indicate the need for a fan.

@peekay123 - this is how I have it wired now. The WSP2110 is not wired in yet since it is still in the post.
It seems to mostly work, in that I am getting values. I haven’t checked longer term to compare with my working device.

One problem is that the DHT22 doesn’t work at all. I think it is something to do with the way I wired the power. Can you see anything wrong ?

@Rockvole, I believe the DHT22 should be powered from the 3.3v rail, not the 5V rail. As far as powering the two USB at the same time, I believe there is a protection diode on the Vin pin of the Core that will isolate the Vin from the other USB power. Otherwise, it seems good!

@peekay123 I just noticed the Grove version of the WSP2110 circuit also has a capacitor. Is that a big deal ? Do you think I need to add that ?