I’ve been trying to use a MAX756 to boost my Electron 3v3 to 5v.
I’ve read on the datasheet and attempted to make the “typical operatioin circuit”.


I connected everything as seen on the datasheet diagram, but I still only get a 3v3 output, no matter if the 3/5 pin is connected to GND or 3v3 (convert the input to 3v or 5v).

As I didn’t get the expected output (5v) I looked around the internet and found this:

The Magic of the Boost Converter

Or how to get 5V From a single AA Battery. It might seem like magic but a boost converter or step-up converter is a handy little device that can output a voltage greater than its input voltage. Thi…

The ONLY difference between my setup and Nathans from the link, is that my 22uH inductor is 0.048ohm instead of his 0.03ohm.

Is this really the cause? I’ve checked my connections several times, and it is identical to the datasheet and his. I have no idea what could be wrong. Help!

I’m not really sure whether the 3v3 pin will provide enough current to properly power 5V devices connected to your boost converter that may draw a considerable current.
You may consider taking the Li+ pin instead (but take care to not drain the LiPo).

Update: As @OziGreybeard has pointed out the 3v3 pin can provide up to 800mA, so that should not be the problem, so it might be the control pins - any update on that?

I have been using a Pololu U1V10F5 step up voltage regulator to power a 4DSystems display from an E series evaluation board. Load is ~180mA max and it powered the display for several hours from the LiPo. I have yet to do any systematic endurance testing.

Datasheet states that the Electron can provide up to 800mA whereas the Photon can only supply 100 mA. 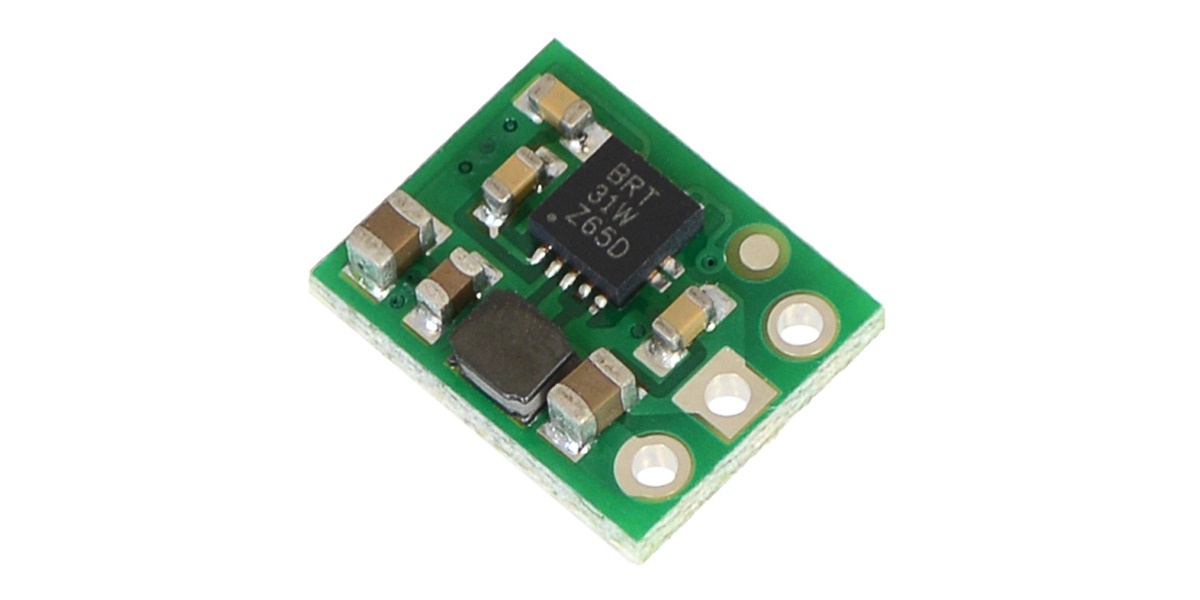 This tiny (0.35″×0.45″) U1V10F5 switching step-up (or boost) voltage regulator efficiently generates 5 V from input voltages as low as 0.5 V. Unlike most boost regulators, the U1V10F5 automatically switches to a linear down-regulation mode when the...

To be clear, I was using the 3.3v pin to generate 5v using the step up regulator not Li+ pin

Thanks for the replies!

I did pull pin 2 to low and SHDN to HIGH, so there has to be some problem in the wiring, even though i’ve gone over it several times.

I also bought in this boost converter:


And got it to work first try, so its no problem for me anymore. It still annoys me though that it wasn’t working with the Maxim one

Thanks, @OziGreybeard for the link to an alternative. If this one fails I got your confirmation that the Pololu works.

So from last time to now, i made a print with the LTC boost converter (3v3-5v) linked above and followed the very specific recommended print layout in the datasheet for best performance.

It works like a charm and produces 5v as it should when enabled via the SHDN pin. HOWEVER… when i pull the SHDN (enable pin) to low, which should prevent voltage to go through the output, it still outputs 3.0v. There is a pulldown resistor of 10k on the SHDN pin for when the Electron is sleeping, otherwise the LTC would be on and producing 5v.

When i connect a 4-20mA current loop sensor board, it has 1.5v coming out while sleeping and SHDN on definit low. What am i doing wrong?- and how can i fix this?

here is the schematics from the datasheet:

Here is the schematics i made for the print:

I was thinking that a P-channel MOSFET could be put in with 3v3 on Drain, enable pin on Gate and then source connected to SHDN and Vin on the LTC. Do you think this could work? I mean i would prefer not having to put extra components in there, but if we can’t figure out what is wrong this this could be an alternative?

I hope you can help me!

Thanks in advance,
Mic