Powering Electron with and without LiPo

I have an Electron that i want powered by a Li-SoCl2 battery instead of the LiPo, as a low self-discharge rate is important.

I was looking at this battery:
https://uk.rs-online.com/web/p/speciality-size-batteries/5268504/?sra=pstk

Apperently the Electron 2G uses a peak current of 1800mA when sending packages. But the battery only has a pulse current capability of 1000mA. I’ve read something about putting a capacitor in parrallel with the battery to handle the current peaks, but how do i find out what capacitor i need for this to function?

The datasheet says 470uF to 1000uF depending on the batterys ability to deliver peak current, so what capacitance should i get for this battery and how do you calculate it?

Running the above battery in parrallel with the 2000mAh LiPo won’t work, right?

EDIT:
I just saw this thread:

Powering Electron with Li-SOCl2 Batteries (and no LiPo cell) Hardware

Why can’t you make room? You better oversize the battery to be safe anyway. Don’t forget about the sleep current of the Electron.


But it doesn’t answer my question i think.

i also saw this link:

Simple capacitor use for buffering a battery?

How long are the peak pulses of 1800mA current use on the Electron 2G?

Thanks in advance,
Michael

This doesn’t answer your question, however I’ll mention that one of the benefits of the upcoming LTE Cat M1/NB1 modules is greatly reduced power consumption. The maximum current of the u-blox SARA-R410M-02B modem module is 490 mA in short bursts, plus a little more for the rest of the E Series/Boron module, but still well under 1000 mA.

Is the power consumption levels for the new E series LTE boards documented yet? I’m curious to see how these compared to the 3g Electrons.

Until then… Is it possible to use this battery:
https://uk.rs-online.com/web/p/speciality-size-batteries/5268504/?sra=pstk

The supercapacitor has a leakage of 9uA in 96h so the leakage is at a minimum with the Lithium Tionyl chloride battery. But is it viable?

Does anyone know if it is possible to have the above battery in parallel with the standart LiPo battery? Is THAT a viable solution?

How high/low a voltage can the USB input take? Can i use 12V? Can i use a 3V? And how high amps can it take?

Does anyone know if it is possible to have the above battery in parallel with the standart LiPo battery? Is THAT a viable solution?

Mixing Battery Chemistry should be avoided, especially when any is a non-rechargeable. The voltage will be equal when both batteries are paralleled, but the Tadiran datasheet shows it has a voltage sag to 3.5V under load. I’m not a battery expert but that means a couple things might happen:

Also noticed that the Tadiran Operating Voltage drops to 3.2 V with a 300 mA load. That seems significant to me.

Is using the 3G Electron an option for your location?
I wouldn’t expect to ever see the Electron’s published peak current in real life. It’s listed as a maximum.

Yeah you’re right, I looked around Google some more and read a bunch of comments from people stating that it is a bad idea to put batteries in parallel/series unless they are the same chemistry and has the same current and voltage ratings.

I might HAVE to switch out the 2G for something else as it’s going out of use all over the world, but i wanted the 2G connection because of the low battery usage.

I’ve bought 10 of them to use, so i need a battery solution that can make the electron last for at least a year with only battery as power supply. I live in Denmark, so we don’t have that much sun, so a solar panel can’t sustain the life of the LiPo battery during most of the year.

Do you have any other solutions i’m missing maybe?
I also want it as cheap and small as possible, so i figured i could just make a battery pack, shove the electron in a box with the battery pack and don’t have to touch it again for at least a year. It only needs to send a message once a day for starters, that’s why i want the low self-discharge of the Li-SOCl2 batteries as the LiPo has a self-discharge of about 3% a month.

@Vitesze is using this Boost converter with the Li-SOCl2 batteries in parallel config to run Electrons via the battery input pin. It’s been working great for him last I heard! He has many units in the field with the goal of running for a year or more off 2 cells. 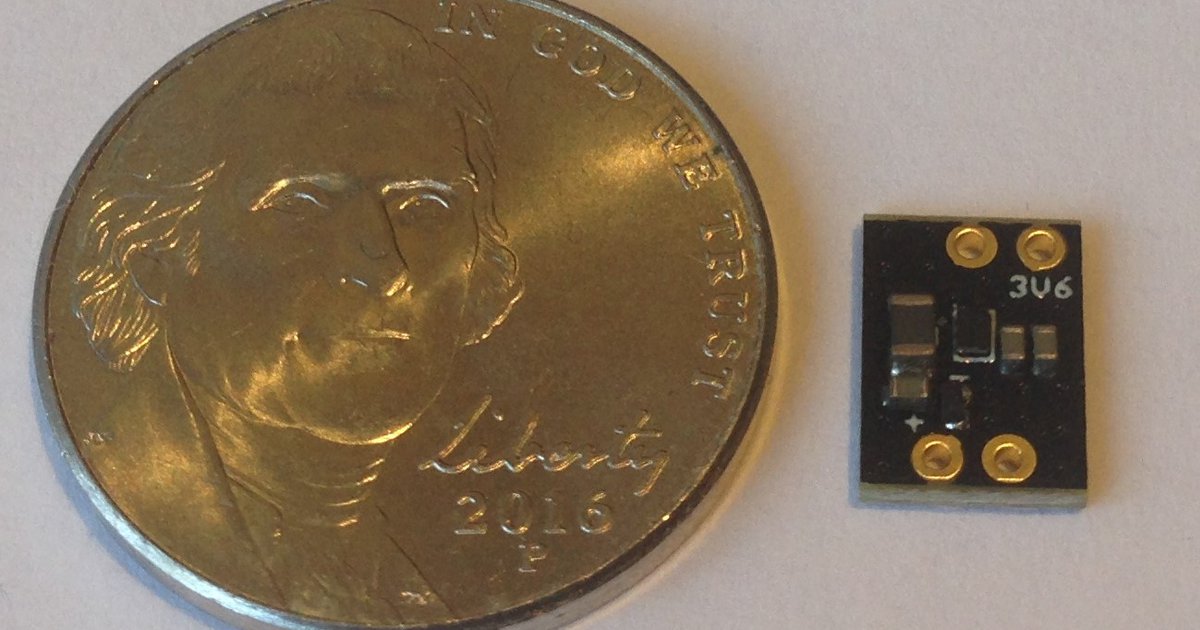 Tiny Way to Power Your 3V3 Projects with a single AAA Battery!

Depending on your Average Current, a Solar Panel might be a viable choice.
I just completed a test where a 3 watt panel sustained a constant 40 mA load 24/7 by recharging a 2,000 mA Li-Po. The panel was placed in the Shade. The test was during several days of Cloudy/Rainy weather.

I assume 50% total efficiency for the Solar Recharge (harvest, store, remove). The calcs say my test system would recharge with 2 hours of direct sunlight. The 3 Watt panel was able to maintain the Li-Po in the shade. Solar Panels still work with in-direct light, just at a reduced output.

You might investigate a larger Li-Po (random example 9Ah) and Solar Harvesting.

It all boils down to your average current, which is probably influenced most by your Sleeping Current.
A small Solar Panel may replace the Li-Po self-discharge and Average Current. Then you size the Li-Po based on how many days of reserve power you want.

Yea a 2.5w panel allowed me to publish every 5 mins basically 24/7 during the cold snowy not so sunny winter months during my testing using the standard 2000mAh battery that comes with the Electron.

Add some code to prevent the Electron from going dead which is on the forum already and you have a system that will last as long as the battery does which varies depending on how deeply it’s dicharged on average. A typical Li-Po battery has a rated cycle life of 300-500 cycles before hitting 80% of it’s rated capacity at room temps.

I will test with a voltaic solar panel which seems to be the best option of solar panels for my case.

I will however need atleast a couple electrons running in places that virtually won’t have sunlight and a longer wire for the solar panel won’t be an option. So I will also have a look at @RWB 's reference to @Vitesze 's solution.

Thank you very much for all your replies! Much appreciated!

By the way, I would recommend going with a different vendor. £58.92 ($79.92) is a ridicilous price for these LiSOCl2-batteries (you can get them for $5 on Alibaba). Instead of using a capacitor, is it possible for you to use a spiral-type LiSOCl2 D-cell (don’t get bobbin type; they don’t usually support peaks beyond 400mA)? I use these myself right now, and they actually deliver up to 3 or 4000mAh, with a 13A capacity. Then for supplying the correct voltage (these batteries indeed can dip as low as 3.1-3.2V) you can use the Booster Board that @RWB linked previously.

Wow, that is a big price difference

I searched around for “spiral-type LiSOCl2 D-cell” and found this:

3.6v with a max continuous current of 900mA and a max pulse current of 1800mA, which looks perfect to me.

So if I put the TPS610995 in parallel with this battery, the voltage drop would not matter and I would get a long life runtime on the Electron right? - or should i try and find something with even higher continuous current rating?

So if I put the TPS610995 in parallel with this battery, the voltage drop would not matter and I would get a long life runtime on the Electron right?

Correct, the boost converter would suck every last drop of power from the battery giving you the full battery capacity along with having a crazy low standby current of like 1 microamp.

I would be hesitant using that battery with a 2G Electron. 900mA definitely is insufficient for a 2G Electron, so you’ll be looking at the max. pulse current here. This number however can mean different things depending on the manufacturer of the battery; while some may supply it for a minute or more, with others it may only be for short pulses.

I would either:
(1) Use this battery with a 3G Electron
(2) Get a D-cell LiSOCl2 instead (mine have a continuous current of 2A)
(3) Reach out to Tekcell to make sure their battery would actually sufficiently support your setup

What other components do you have in your setup? Does anything else drain a lot of power?

Yeah i have atleast one magnetic reed switch and possibly a 5v boosted 4-20mA current loop board (that can be switched off when not used) or some other sensor input.

The company also have this battery:
https://actec.dk/media/documents/F9089A4F5DA5.pdf
Which has a max continuous current of 1800mA. It is however not in stock atm… but with high current discharge capability and the TPS booster sucking the battery dry, this could be a very efficient possibility, right?

What if I put the other battery in parallel with another one, would this also double the continuous current max or is it only the capacity that doubles?

A D-cell is definitely a good pick; usually the issue with them though are space constraints. I have only used the TPS Booster with a single LiSOCl2 D-cell so far, but it has been working great with one of my devices for the last 2 months now.

You can indeed put two C-cells in parallel and it will share the current between them, meaning they can support higher loads from your system.

A major warning I have to give here though is that you should never put these batteries in parallel with something that has a different chemistry, voltage rating and/or state of charge. LiSOCl2 are non-rechargeable,so you want to avoid them charging each other. The only safe way to do this is to put two identical brand-new cells together, and throw them out once you remove them.

Do you think a single D-cell as referenced in my previus post can last a year with a magnetic reed switch and a 5v boosted 4-20mA current loop board? - Because that’s the goal I want to achieve.
The 4-20mA board is powered every hour for a quick log and the GSM module is only used once a day for sending up the logs of the day.

I could get a statisticly long battery life from testing with the 2000mAh LiPo that came with it (using the reed switch and current loop board) but a D-cell battery like the one i referenced with that capacity and low self-discharge gotta give a whole lot more running time, right?

Capacity is going to depend on temperature and current drawn (which for you is pretty low). Assuming you’re using the battery at room temperature, you’re probably going to get about 7 times the lifespan out of this compared to your 2Ah LiPo.

How long it will exactly last is hard to say - the GSM module may be an important factor on it, depending on how good your signal is. You didn’t explicitly specify it, but if you’re keeping your Electron in Deep Sleep when it’s not sending a log, and your booster has something like an Enable pin, then you could potentially get a couple of years out of one D-cell

Yes absolutly, the electron will be in deep sleep when not used and the booster is enabled/disabled aswell.
I will try out both solar panel and the D-cell, and see what runtime I can get.