Aw the damn resistor! Now it works! Brown, Black, Organge != Brow, Black, Red! Thank you so much @Moors7, it’s all good now even on 3v3! Really appreciate your help

I’ve tried 2 resistors: brown-black-orange (from Adafruit: 10k) & brown-black-red (1k). I also rewrote the example to make it more understandable (to me): But there’s no way to sensibly include CPP text/

HI
Seems I have the same problems.
The code is using the #include “PietteTech_DHT/PietteTech_DHT.h” lib, and is identical with the one above.
Tried:

I always get the ISR timeout error. Any new ideas from you guys?

Thanks I appreciate your help.
Lukas

Hi guys - found the error.
It was my stupidity, new breadboard and I powered it wrong…

I’m having issues as well. Here’s my setup: 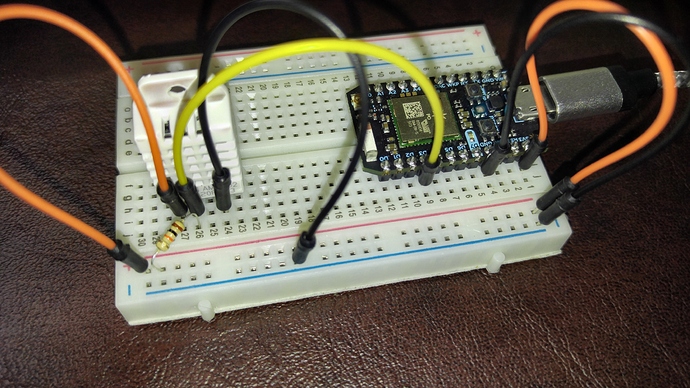 But I keep getting a ‘failed’ data error on the dashboard: 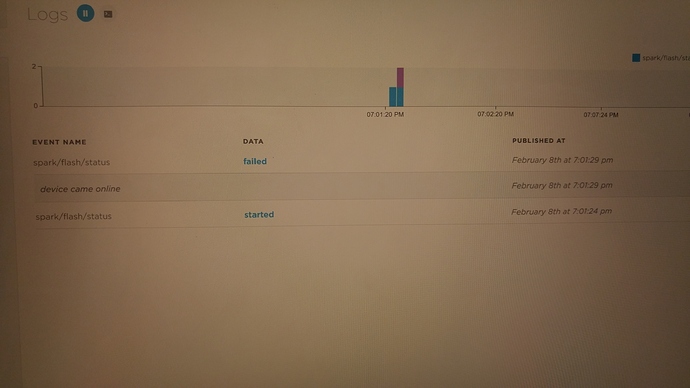 This “failed” message should not bother you too much. It’s not too uncommon to get a flash failed message while to code still got flashed fine.
You could always try to flash in Safe Mode too.

If you run the PietteTech code from post #1, this bit of code requires you to connect via serial and send a byte to the device in order to get the program running

You could always add a timeout too

That’s already incuded in the code above, at the beggining of setup(). Inlcuding the timeout doesn’t make a difference. Any other ideas?

What exactly is the problem then?
Since you only mention the spark/flash/status failed issue, which I said is not really a problem since it is a false positive.

Have you tried checking the serial output? No data is supposed to show up in the dashboard, so you’ll be staring at that for a while if you’re waiting for that…

What exactly is the problem then?

I guess I don’t know how to read data from and store it somewhere (numerous, etc.) to trigger other events. I assumed I couldn’t read data since the dashboard showed ‘failed’. Apologies if this is too basic. Thanks again!

Is there anything we can help you with?

If you read the docs and still can’t wrap your head round it, we can help, but the basic functions listed in the docs should already mean something to you.

So just for giggles I set up the other sensor on d3 and viola! I get readings on that port but not d2.
So does that mean d2 is bad? At $19 … is this a warranty thing?

FYI… I flipped sensors and the issue did not follow the sensor … it stayed with the port. So I know it’s the Photon.

What to do? Is there a way to test the port?

@Walt750, interrupts on pin D2 are shared with pins A0 and A3 as per documentation. If you have interrupts set on those pins, that may be the issue.

Thanks Peekay123 … I will check it out.
This is the only program that I’m running though - I’ll take a look …as far as Photon’s and Arduino’s I love them.
Where was this stuff when I was kid?