Most of the middle school girls in the Oak Ridge Computer Science Girls of East Tennessee (ORCSGirls) group had never heard of IoT until Dr. Thomas Proffen — the group’s president and their instructor — brought 25 Particle Photon Maker Kits from the Makerspace Empowerment Program to the class on September 22, 2018.

The girls learned how to build a web controlled LED — covering everything from building the hardware to coding the firmware and creating their own web page for remote LED control. Eventually, all of them successfully lit up their LEDs as well as their paths to IoT.

When I heard about the girls and what they were building, I had to find out more. After a few emails, I called Dr. Proffen to learn more about the story behind to ORCSGirls and their Particle-powered projects. Here are highlights from our conversation. 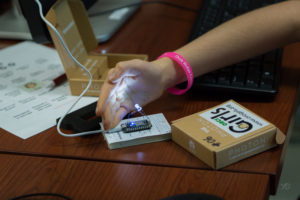 ORCSGirls has been organizing coding and technology workshops for middle school girls in the Oak Ridge area and beyond since 2017, how did you get interested in founding the organization at the first place?

My daughter was on a robotics team in a science competition, and I was mentoring them. It was 50/50 boys and girls, but there was still struggle to prevent a natural separation where the boys hang around the robot, and the girls do the presentation. I realized that there were just not enough opportunities for the girls.

There is a manifestation that a guy would put a skill on a resume when he has mastered it at the 50% level whereas a woman would only do that if she has 110%. My daughter is like that. She doesn’t want to do anything she isn’t perfect at. The thing is, you’re not born perfect at anything. So she ultimately inspired this whole idea, out of seeing that first hand with your child and you want to do something about it.

How did you find the Makerspace Empowerment Program?

It was a coincidence. I was looking for something else on your website, and there was this little blog post snippet in the corner that caught my attention. I said, “Oh this is great. We’re not quite a Makerspace, but why don’t we just go and try it?” That’s how I came across the Makerspace Empowerment Program. 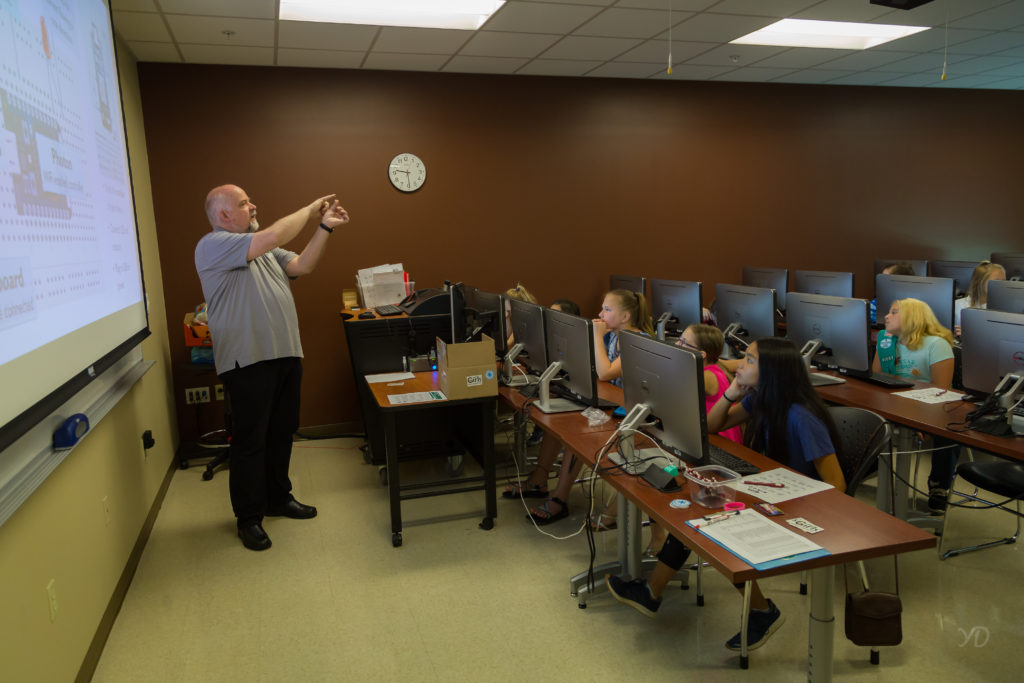 When and why did you figure it’s time to bring IoT to the class? Was it challenging to pull it off for middle school girls?

IoT was always something on my list, but many hardware was either expensive or requiring drivers on the computers. When I opened your Photon Maker Kit and saw this little electronic part and a breadboard, I went like, “This is it.” I later found your web IDE and firmware over Wi-Fi. No cables, no drivers, nothing that are usually difficult to do. 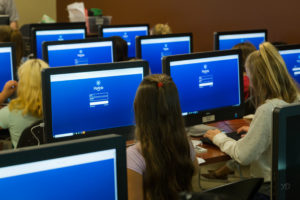 Many girls had never touched any electronic parts, and certainly, none of them had heard of firmware before, but it was easy for them to follow your examples. We also did a 10-second version of circuits because the Photon Maker Kit includes a breadboard with a circuit.

I was expecting all sorts of technical issues, and there wasn’t a single one. The girls loved the Particle stickers, and some put them on their phones because they were so proud of what they built.

What has been the most exciting moment about launching this class?

I think the most exciting thing to me is that every single one of them managed to have it working at the end. When the girls unpacked the Photon Maker Kits, I was amazed by how fascinated they were with things that look electronic or technical. 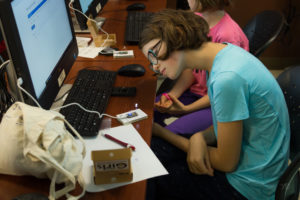 I was also extremely happy that this wasn’t something designed for kids. We can take an industrial scale product and use the developer’s documentation with very little change to get a group of middle school girls to follow the examples with very little guidance.

You have been instructing classes for a while, what have the girls taught you?

One thing that I learned was that we sometimes overthink things. We have one class that people need to fabricate someone else’s labyrinth. You need to find a particular part that works. I was struggling, and our volunteers were struggling with the other grown-ups in the room kept saying, “Okay, we can’t find the shortest part.” So we kept saying, “Oh, girls, don’t worry about it.”

And then, the smallest little girl, you could hardly even see behind the screen, raised her hand and said, “I’ve done it!” I remember this to this day. Imagine what you could do if you weren’t afraid or you didn’t think, “I’m not smart enough for this.”

What do you have planned next?

There are three things we want to do: establish a summer camp, recruit more instructors, and continue to add new classes. We can modify the age ranges to have seventh and eighth graders to dive further in the summer camp, and we need more instructors to fulfill the increasing need for after-school classes about tech and science. The technology is changing rapidly, so there are always more to explore.

ORCSGirls are a member of the Makerspace Empowerment Program, a program where makerspaces of all sizes can receive free hardware from Particle. Click here to learn more and to request admission to the program.