Learn how Unlimited Tomorrow is modernizing prosthetics with the IoT

Around the world today, some 40 million people live as amputees. Of those millions, only 5% have access to modern prostheses, and of that 5%, around half find their devices too inefficient and cumbersome for daily use. For a technology whose sole purpose is to help people, many seem to be left wanting.

Fortunately, people like Easton LaChappelle at Unlimited Tomorrow are working together with the Particle B Series cellular LTE module to help bring prosthetics into the modern era – and to make them available to everyone who will benefit from the connected technology. Changing lives one connection at a time.

The Future of Prosthetics is Here 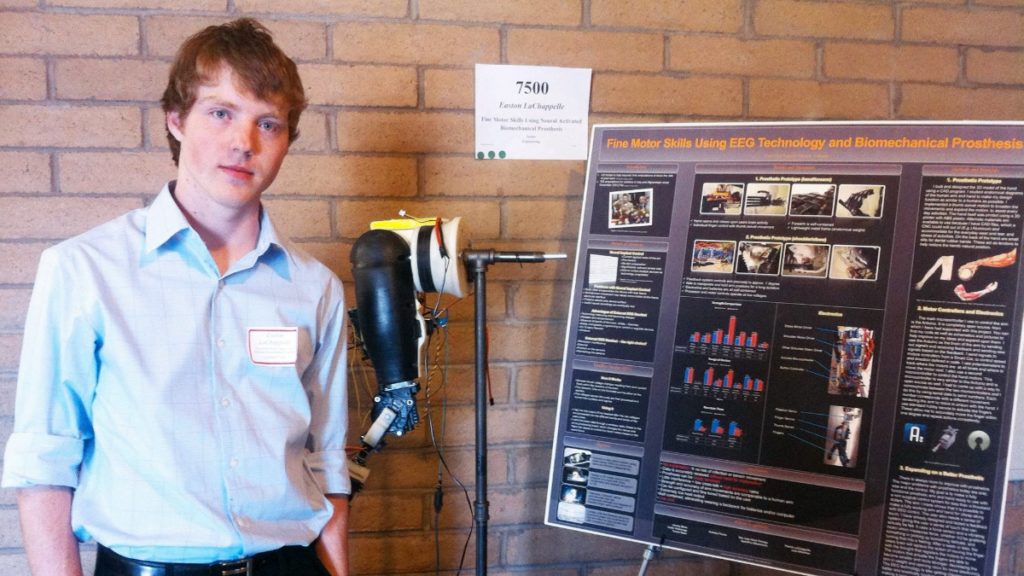 As a teen, Easton found himself bored at his tiny high school in his small town in Colorado. Fascinated by robotics and armed with a basic 3D printer, Easton set up a lab in his bedroom to begin exploring this interest further.

Easton’s first major project, a robotic hand and arm, had started as a fun challenge, but its success wound up taking him all over the country. He competed in science fairs, gained new insight and experience, and even had President Obama shake the robotic hand. 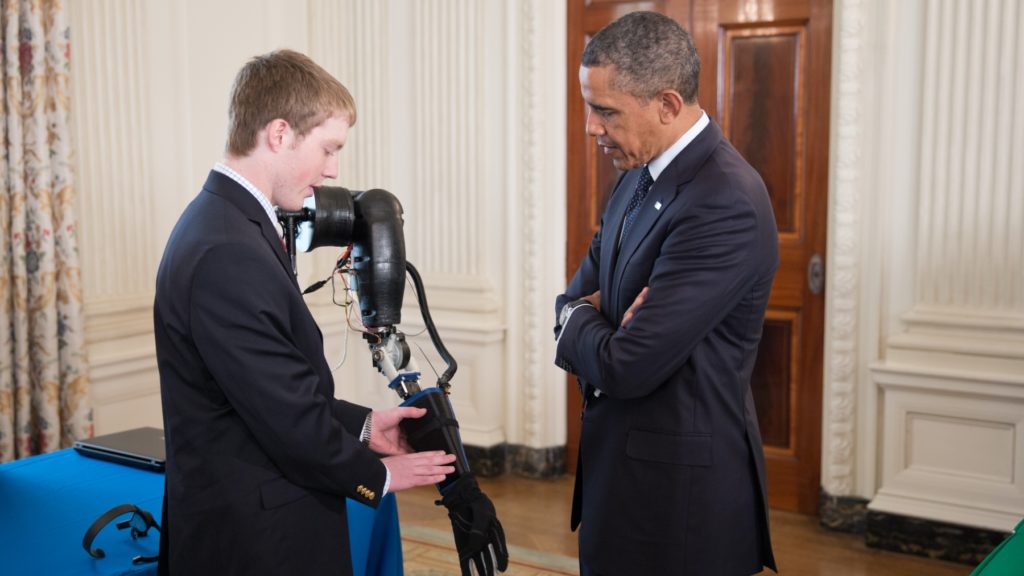 However, it was a fair back in Colorado that proved most enlightening. There, Easton met a young girl with a basic prosthetic arm, one that, despite its $80k price tag, was significantly less advanced than the one he had put together in his bedroom.

“That was the moment that I really took a step back and looked at technology different, and it made me really motivated to make a bigger impact… I could take what I was creating in my bedroom for fun and impact people around the world” 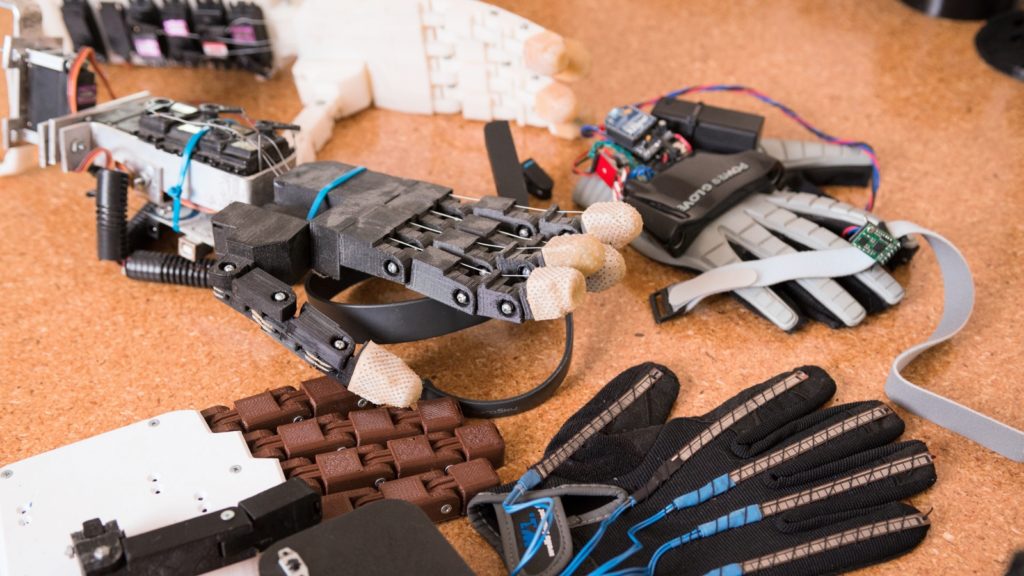 A few years, partnerships, and crowdfunding campaigns later, Easton is now one of twelve employees at Unlimited Tomorrow. Currently working with a group of 100 amputees participating in a test, the company seeks to improve nearly every aspect of prosthetics, building in everything from better battery life to machine learning.

“We actually emulate how a human hand works… we trick the brain.”

Most exciting is how the prosthesis is able to actually emulate the workings of a human hand through a closed loop feedback system, employing vibrations to allow the user to detect and adjust the force they are implementing. The use of an AI training model further improves this feature, allowing each prosthesis to become more and more in tune with the individual controlling it. 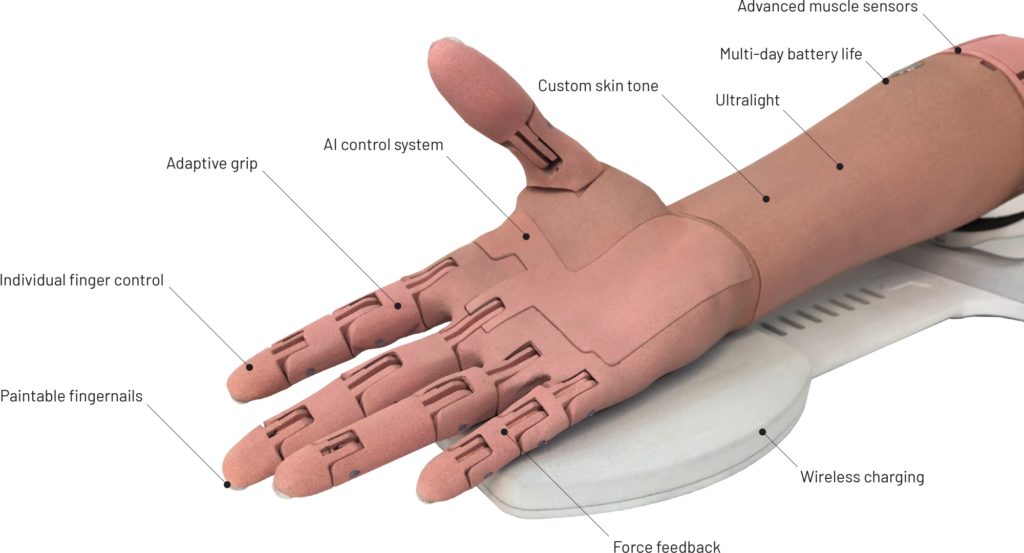 In terms of production, automation, predesigned CAD models, and 3D scanners and printers have cut the creation time down from months to days, made each prosthesis fit its user more accurately, and dropped their cost from $30-80k to $5-10k. 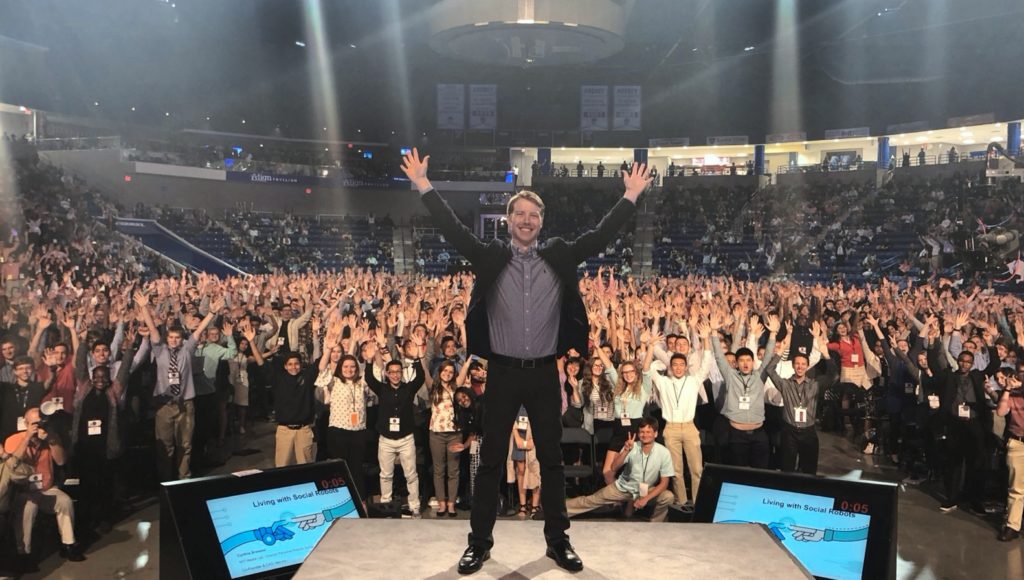 Easton and Unlimited Tomorrow are poised for success as we march into the 2020s, and they won’t be going alone. Through our For Good program, Particle is proud to support Unlimited Tomorrow’s mission of creating prosthetics that enhance the quality of lives of amputees around the globe with breaks on hardware, cloud software, and more.