I’m stuck on the basic blink sketch in the Electron Getting Started guide: 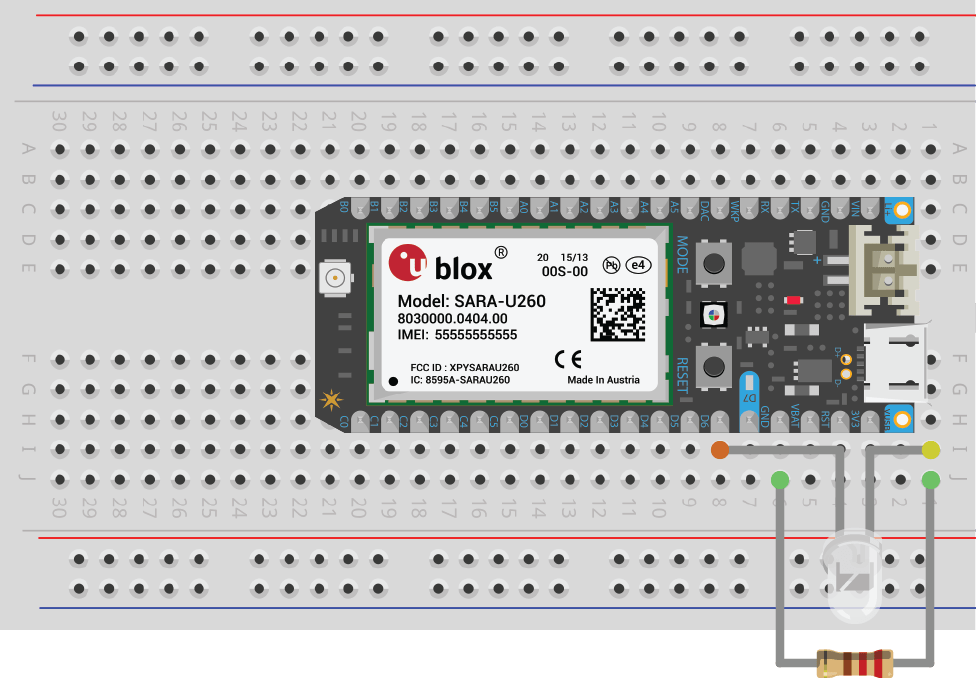 But the external LED only blinks when using the output directly across from the blue LED. That means there are no problems with the resistor or LED. I’ve changed the outputs in the code to try other pins, i.e. D2-D6, but nothing seems to work.

I’ve tried everything I can think of, including reflashing the firmware. Cellular connection and USB connection all work fine.

What am I missing here?

Could you shoot a pic and post along with the used pins?
The D7 LED blinks as expected?

If you flash code with one selected pin, you could just use a jumper wire and see if you find the blinking signal on any other pin - start with D7 to check the LED.

Yes, the D7 blue LED flashes, and if the external LED is connected to the D7 output instead of the D6, it also flashes in sync. But the D6 output doesn’t seem to work.

Changing the output in the code to make all the D* ports flash and moving the external LED to other ports didn’t work either.

Sorry, can’t provide pictures until later tonight when I get home from work

It turns out I was flashing the wrong version of the code via USB.

So the hardware is just compatible that there is an LED at D7 on both platforms, but the other outputs didn’t work.

Thanks everyone who tried to help me diagnose the issue!